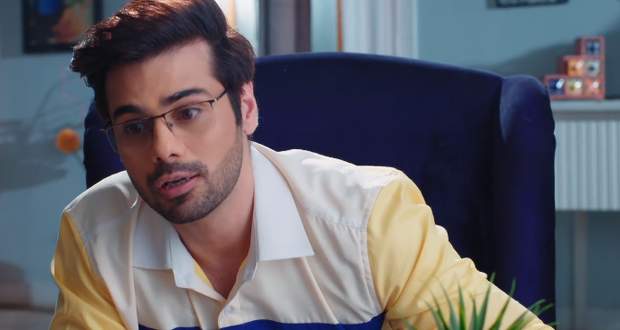 Yuvraj is happy that Rudraksh’s concert got canceled. He calls Vasudha while GPS picks up the call. He tries to instigate GPS but he asks Yuvraj to not worry about Rudraksh. He asks the reporter to spoil Rudraksh’s name even more.

Ahana gets worried and calls the principal. She learns that Rudraksh is attending the school wearing his uniform. She is shocked to see Rudraksh wearing a uniform with tape and safety pins all over it.

She questions Preesha about the condition of the uniform while Preesha reveals that she was forced to fix it. Preesha further is suspicious of Ahana while Rudraksh thinks it is Balraj’s idea.

Balraj tries to find out something fishy about Preesha which he can use against her. He further learns that Rudraksh is fitting a CCTV camera in their room.

Balraj suggests that Preesha might have done something as she is an outsider. She also suggests that a camera should be in his room as well to know what goes on there.

Later, Yuvraj learns that Preesha has given a statement to explain Rudraksh’s actions. Preesha has said in the video that Rudraksh is doing it for his son Saraansh.

Upcoming Yeh Hai Chahatein episode update: Preesha gets threatened by someone while Ahana makes another plan against Rudraksh.