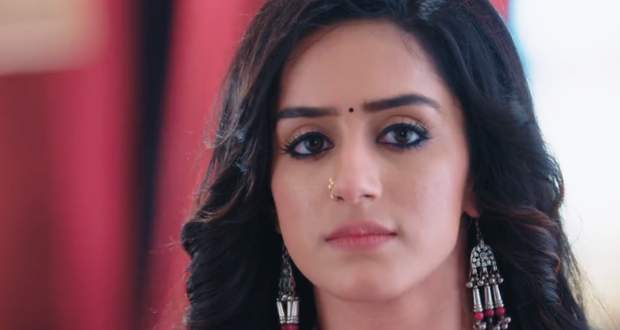 Today's Yeh Hai Chahatein 23 Jul episode starts with Preesha asking his father how he feels. GPS asks about Saraansh while Preesha lies that she can’t get Saraansh out of the house.

Rudraksh gets a message and says they might get the location of Saraansh. They both follow the hint and try to learn about the ATM used by Balraj. Rudraksh takes help from his friend to hake the server of the bank.

Sharda calls Rudraksh and Preesha immediately home. They reach home and find out that the police are there to arrest Rudraksh. The same girl from the hospital has accused Rudraksh of molesting her.

Preesha knows Rudraksh is innocent and wonders who is behind the complaint. Yuvraj is pleased with his plan and has asked the girl to do the drama.

Ahana asks Mishka to take Rudraksh’s side and Mishka starts her act. Preesha puts up a clever act and traps the girl in her own ploy. The girl is proved a liar and Preesha asks the police to take her.

Vasudha gets worried to see the bill and calls Yuvraj for help. Yuvraj assures her that he will soon pay the bill. Meanwhile, Preesha also reveals that Rudraksh and she were together the previous days.

The girl admits she made a mistake and lied for money. Yuvraj gets upset to see Priyanka being arrested instead of Rudraksh.

© Copyright tellybest.com, 2018 & 2019. All Rights Reserved. Unauthorized use and/or duplication of this material without written permission from tellybest.com is strictly prohibited.
Cached Saved on: Wednesday 5th of August 2020 02:13:17 AMCached Disp on: Thursday 6th of August 2020 12:24:44 AM