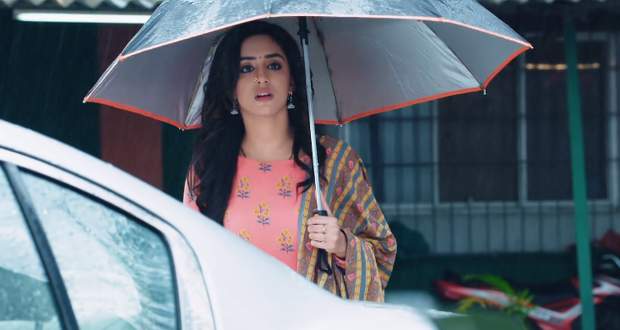 Today's Yeh Hai Chahatein 24 Jul episode starts with Preesha showing her faith in Rudraksh. She also reveals that she knows about his oath and is sure he won’t break it.

Rudraksh goes to search for Saraansh while Preesha goes to the hospital for GPS’s discharge. Meanwhile, the woman in red saree gives injection to Saraansh and again closes the bed.

Mishka is about to leave the house while Ahana warns her of losing Rudraksh forever. Later, Preesha finds Balraj outside the hospital having a weird conversation.

He helps some man who continues to threaten Balraj. Preesha decides to follow Balraj’s car. Preesha gets a call from her mother and reveals she is searching for Saraansh.

Vasudha lies to Yuvraj about Preesha going after Saraansh. Elsewhere, Preesha is unable to call Rudra and later finds a home where a woman is shouting.

Rudraksh gets upset for Saraansh and later calls Preesha. He is unable to reach her so he calls Vasudha and finds out that Preesha has gone to search for Saraansh.

Preesha enters the room and finds a woman in labor pain. She learns that Balraj has broken that man’s leg and he is really angry at him. Preesha offers to help and states they should take her to the hospital.

Balraj reveals that he had ordered clothes to give in charity and that he caused the accident of Babbar. He has been helping Babbar and his wife ever since. Balraj further swears on his dead son that he has not kidnapped Saraansh.

© Copyright tellybest.com, 2018, 2019, 2020. All Rights Reserved. Unauthorized use and/or duplication of this material without written permission from tellybest.com is strictly prohibited.
Cached Saved on: Tuesday 27th of October 2020 11:07:47 PM