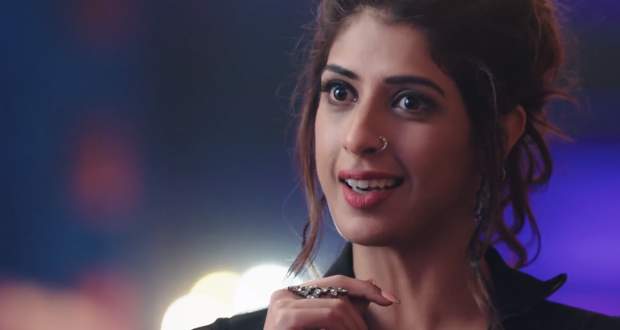 Today's Yeh Hai Chahatein 24 Mar episode starts with Yuvraj being thrown out of the restaurant. He tries to prove he is judge but is beaten up by the security instead.

Ahana arrives and picks up his card to invite him to the Holi party. Later, Preesha and Saraansh wish Holi to each other while Preesha asks Saraansh to put coconut oil.

Saraansh wants Rudraksh to put the oil as well and asks Preesha to put oil on him. They share some cute moments while Saraansh leaves to bring colors.

Rudraksh and Preesha again start fighting while Saraansh asks them to stay peaceful. Preesha proposes to play Lath Maar Holi while Saraansh wants Preesha to call GPS and Vasudha for Holi as well.

Preesha asks them to come for the Holi celebration while later they agree after a lot of convincing. Later, Yuvraj gets a call from Ahana disguised as a potential client stating that she wants legal advice.

She further offers to give one lakh rupees for just the advice. Yuvraj agrees to come to her address while Ahana plans to insult Preesha again using Yuvraj.