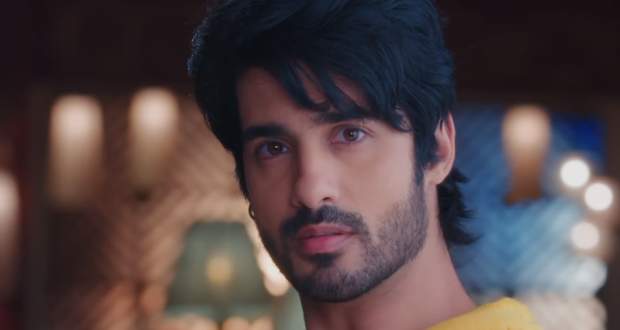 Today's Yeh Hai Chahatein 25 Jul episode starts with Preesha getting worried for Saraansh. She calls Rudraksh from Balraj’s phone and reveals Balraj is not the kidnapper.

Balraj arrives home and Rudraksh starts questioning him. Rudraksh still thinks he has kidnapped Saraansh while Balraj says he doesn’t know about him.

Later, Preesha arrives and says Rudraksh is speaking the truth. Preesha and Rudraksh decide to take Balraj to the police station. She says she has found the proof in the form of Saraansh’s handkerchief with Balraj.

Rudraksh drags Balraj to the police station while Preesha asks Niketan to go with Rudraksh. Preesha asks Sharda to call Rudraksh back with the police as Balraj is not the real kidnapper.

Meanwhile, Preesha starts searching for Saraansh in a room. Preesha finds a red saree and remembers that Saraansh was pushed earlier by a lady in red saree.

Preesha hears a knocking voice and finds Saraansh inside the bed. Elsewhere, Sharda tries to call Rudraksh and is not able to reach him. Rudraksh doesn’t pick up Ahana’s call as well.

Ahana calls Niketan and tells him that the kidnapper is someone else. Later, Saraansh tries to tell Preesha about the kidnapper when he gets shocked to see someone.

Upcoming Yeh Hai Chahatein episode update: Rudraksh senses Preesha is in trouble while later she is shot by someone.