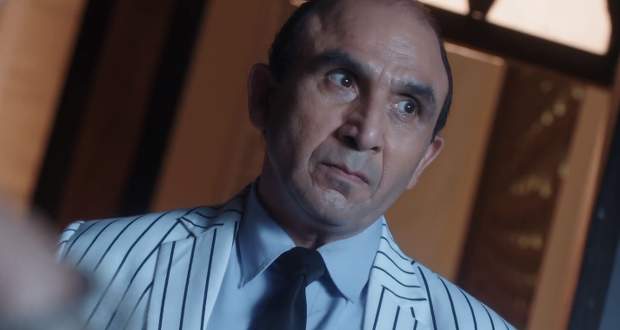 Today's Yeh Hai Chahatein 27 Jul episode starts with Preesha asking Saraansh about the kidnapper. Saraansh gets scared to see someone and it is none other than Niketan.

Preesha reveals that she had seen the handkerchief of Saraansh in Niketan’s pocket. She is not able to believe that Niketan can do such a deed. Niketan says Saraansh knew his secret and therefore he had to do it.

Preesha asks about his secret and the lady who kidnapped Saraansh. Meanwhile, Balraj tries to explain to Rudraksh that he is innocent. Rudraksh calls Sharda and learns the kidnapper is someone else.

Rudraksh comes to the conclusion that Niketan is the real kidnapper. Sharda asks Mishka to not go up and waits for Rudraksh. Elsewhere, Preesha inquires from Niketan about the woman.

Saraansh reveals that Niketan used to dress like a woman and give him something to drink. He reveals that he saw Niketan in ladies' getup dancing in his room and he clicked pictures.

Niketan saw him and kidnapped him. Niketan reveals that he likes being a woman and therefore stays out of the country. He says he would not be accepted by Indian society and his business will also go down.

Preesha decides to get him arrested while Niketan points a gun at them. Rudraksh comes at the same time and hears Preesha shouting for help. Preesha says she will not tell anyone about his secret while Niketan wishes to kill them.

Rudraksh comes at the same time but Niketan holds Saraansh and points a gun at him.