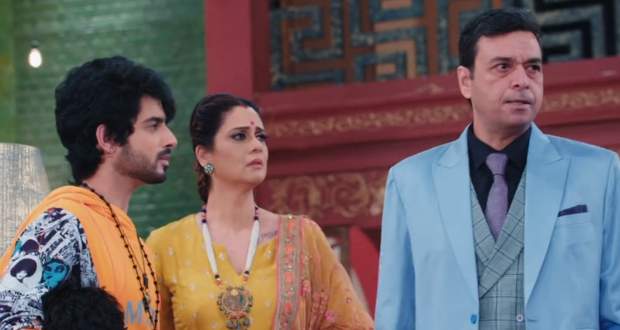 Rudraksh says Preesha can’t have solid food so they decide to eat it. Mishka asks Rudraksh to come with her for breakfast but he wishes to eat with Vasudha and Saraansh.

Ahana thanks Balraj for not throwing Mishka and her out of the house. She further instigates Balraj against Rudraksh and Preesha. She asks him to stop Preesha before she takes control of everything.

Rudraksh teases Preesha in the hospital and takes care of her. Later, Preesha and Saraansh are all set to discharge when Rudraksh gets a call to do a concert.

Rudraksh doesn’t want to leave Preesha and Saraansh alone. Balraj is adamant to make him do the concert and asks him to leave the house if he doesn’t do it.

Yuvraj learns that Preesha and Saraansh have been discharged from the hospital. He gets mad to learn the news and decides to get Preesha back in his life.

Balraj further takes credit for making Rudraksh a rock star and calls out Rudraksh for being thankless. He further alleges him for blaming him for the kidnapping.

Balraj asks Rudraksh to leave the house if he wishes to. Preesha acts of feeling dizzy to stop the fight.