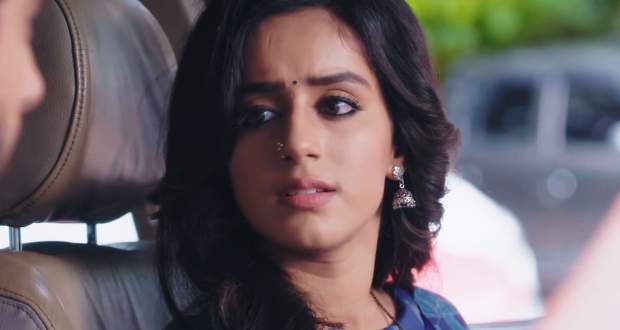 Today's Yeh Hai Chahatein 4 Aug episode starts with Preesha finding Rudraksh rehearsing for her the concert. Rudraksh sings in a melodious voice while Saraansh asks Preesha to dance with him.

Preesha asks Saraansh to come along as it is bedtime. Saraansh wants to stay with Rudraksh and refuses to go. Later, Preesha comes in Rudraksh’s room and finds them both fast asleep.

She further finds Saraansh has not wetted the bed. Rudraksh wakes up and asks why Saraansh was scared to go to his room. Preesha is about to tell him when Balraj arrives and is excited about the concert.

Preesha gets a call from the hospital about a patient being in critical condition. The nurse reveals that the lady is virus-positive while Balraj refuses to let her go.

Rudraksh also takes Balraj’s side and doesn’t want to put his family to risk. Preesha is adamant to do her duty and wants Rudraksh to understand the pain of other families as well.

She gives the example of her and Saraansh being treated by doctors. Balraj threatens to throw her out of the house while Rudraksh takes Preesha’s side.

Rudraksh offers to drop her at the hospital. He also reveals that he is worried about Preesha as well. Later, Preesha gets in an argument with the HOD who threatens to fire her.

Upcoming Yeh Hai Chahatein episode update: Preesha tries to save the mother and baby while Balraj will not let Preesha return to Khurana house.

© Copyright tellybest.com, 2018, 2019, 2020. All Rights Reserved. Unauthorized use and/or duplication of this material without written permission from tellybest.com is strictly prohibited.
Cached Saved on: Thursday 24th of September 2020 07:09:55 PM