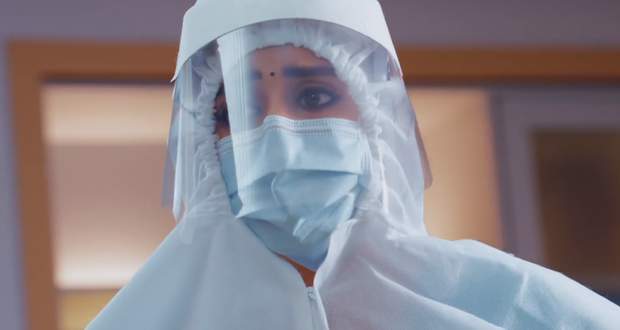 Today's Yeh Hai Chahatein 5 Aug episode starts with Rudraksh returning home and taking all precautions. He sleeps with Saraansh and promises to keep him safe.

Preesha comes out and checks on the patient. She decides to take her inside but the guard stops them. She is ashamed of the nurses as well and calls Rudraksh.

She asks for Rudraksh’s help and says she has to do the delivery at the gate of the hospital. Preesha rushes to get some things for the delivery.

Rudraksh witnesses Saraansh shouting in his sleep and comforts him. Meanwhile, the HOD refuses to let Preesha take any equipment from the hospital.

Preesha doesn’t give up and decides to do the delivery in the lobby without equipment. Two nurses come with some equipment and offer to help Preesha.

The media reaches the hospital on Rudraksh’s demand and share the live coverage with the world. Preesha shows the ugly face of the hospital authority to spoil their name.

Usha calls for her mother while media shows a great image of Preesha. Later, Ahana learns about Preesha being live on TV and treating a virus-positive patient.

Ahana creates a fuss over Preesha’s decision while Balraj also creates a scene. Ahana tries to make Balraj understand their good publicity while Balraj is not ready to let Preesha return to his house.

Vasudha and GPS also learn about Preesha’s brave move. Preesha successfully delivers the baby and everyone praises her.

Upcoming Yeh Hai Chahatein episode update: Preesha is accused of being a mother out of wed-lock while Rudraksh supports her.