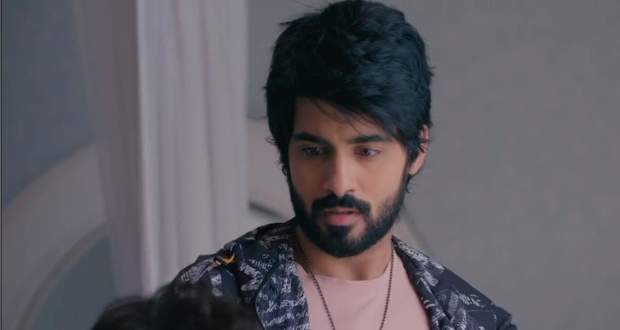 Today's Yeh Hai Chahatein (YHC) 9 Nov episode starts with Rudraksh rushing to talk to Preesha about something important. He informs Preesha that he got evidence of Sharda’s innocence.

He shows her the video which was recorded in Saransh’s phone by mistake. The video clearly shows that what happened on the hotel terrace the night Keerti died.

Preesha and Rudraksh get happy as they got the evidence to prove that Sharda didn’t kill Keerti. Further, Saransh tells Preesha that he hid the camera on the terrace to see the angels.

Meanwhile, Neerja’s health recovers and she comes out of the coma. Rahul calls Yuvraj and tells him about Neerja regained consciousness.

Ahana brings a sweet dish for Balraj, while Preesha and Rudraksh show the evidence video to Balraj.

Neerja questions Rahul about the pen drive and tells him that she knew the truth about the fake video.

Rahul promises Neerja that he will tell the truth to Rudraksh. Neerja asks Rahul to call Preesha to the hospital to meet her.

Rahul informs Preesha about Neerja’s consciousness and asks her to come to the hospital. Balraj asks Preesha to say thanks to Saransh on his behalf.