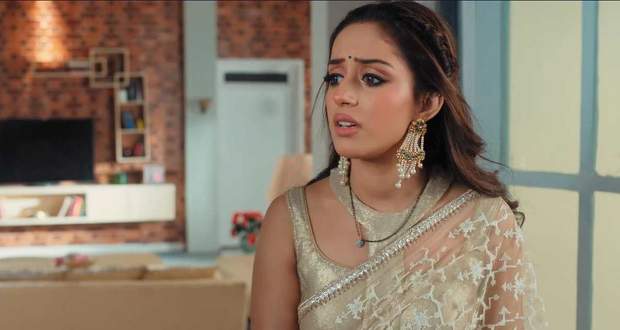 Today's Yeh Hai Chahatein 11th August 2022 episode starts with Arman asking Saaransh whether he knows who is Prem Maali or not.

Saaransh denies it and cries, asking Roohi what has happened to her.

Roohi hides behind Prem Maali (Rudra) and keeps quiet while Preesha tells Saaransh that Roohi hurt her head by falling over a stone.

Meanwhile, Pihu worries seeing Saaransh cry for his sister and asks Preesha whether it is possible for someone to lose memories after hurting their head.

Preesha says it is possible and tells Arman she will accompany Saaransh with Roohi to a neurologist.

When Arman tells Preesha no, she says she is not cold-hearted as him.

However, Saaransh says that Sharda is arriving with a neurologist making Arman agree and curious to find out whether this Prem Maali has a connection with Rudra or not.

Sharda cries when Roohi says she does not recognize her and only knows her Papa as Prem Maali.

Internally, Rudra curses himself for not being able to take care of Roohi and stiffens his body.

The neurologist asks Arman, Digvijay, Pihu, and Preesha to wait outside so he can ask some questions to Roohi in private.

When the door gets shut, Saaransh exclaims in happiness along with Roohi and Sharda who have been playing a prank all this while in front of everyone.

However, Sharda asks Roohi why she didn’t tell Rudra about this because he looks so scared.

Being the Choti Nani Ma, Roohi says if she would have told Rudra before, his cover-up would have been blown in front of Arman.

Roohi also reveals how she planted the stone herself in the middle of the garden and applied a little ketchup on her forehead to look as if she has been hurt.

Roohi tells Sharda that Preesha saw her at the exact time she fell down and that gave an advantage to her acting skills.

This prank was planned beforehand at Khurana House so Roohi and Saaransh could live with Preesha.

The neurologist is Vidyut friend’s father who says he will diagnose Roohi with temporary amnesia and advise her to live with Prem Maali to regain her memories.

In the hall, Arman and Digvijay goad Pihu and say Rudra can do anything to use his kids to get Preesha.

However, Roohi hugs Rudra and whispers in his ear that she was acting all this while and he need not get worried.