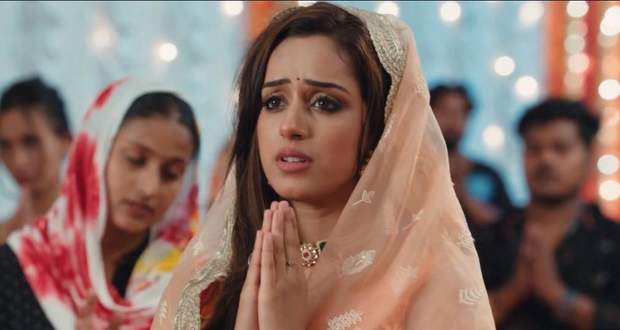 Today's Yeh Hai Chahatein 11th July 2022 episode starts with Armaan telling his uncle that he’s happy that Pihu has convinced Preesha to go back to Mumbai.

However, his uncle reminds him that Vidyut is also in the play and this means that Rudra will also be there and might see Preesha there.

Meanwhile, Roohi has put Preesha’s clothes out in the room.

Rudraksha asks her why she did so, to which she replies that she wants him to get dressed for the play and dress like he used to earlier.

Roohi tells him that she misses her mom today and tells him to wear her mom’s favourite clothes.

Roohi thinks that after seeing Rudraksha, her mother will remember the past and get back with her father.

Roohi and Saaransh drive there with Sharda and Roohi asks her why Rudraksha is not there, so Sharda tells her he’s busy in a meeting.

Armaan has devised a plan to stop Rudra from coming to the play and asked Oberoi to call Rudra to a meeting at the time of the play tomorrow.

In the green room, while Pihu is rehearsing for the play, Vidyut comes to flirt with her, but she tells him to back off and go rehearse for the play.

However, Vidyut keeps thinking that this is exactly what he wanted everyone to think, that he is in love with Pihu madly.

He is actually planning on humiliating her on the stage and ruining her dress to embarrass her.

Inside the hall, Roohi keeps waiting for Preesha and Rudraksha to come eagerly.

Preesha and Armaan arrive and Roohi and Saaransh get happy to see their mother.

As the play starts, Vidyut and Pihu give a romantic dance performance and after the first part gets over, Armaan and Preesha walk out from there and Roohi starts following them.

Roohi goes up to Preesha and starts getting close to her, which Armaan doesn’t like.

After they both leave, Roohi asks to borrow Raj’s phone to make a call to Rudraksha to tell him that she is feeling sick and Rudraksha leaves the meeting to rush to her.

Mr Oberoi calls Armaan to tell him that Rudra has left and Armaan gets to know that Roohi is just tricking Rudra.

Armaan walks up behind Roohi and wraps her in his blazer to trap her in a locked room.