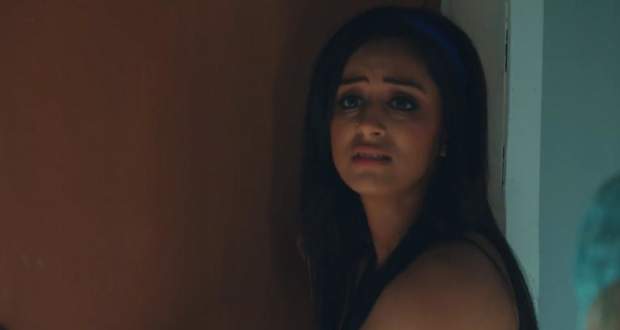 Revthi asks the reason for her arrest and the police tells that Revthi took the bribe.

Revthi tells that she did not take any bribes from anyone as Armaan’s uncle shows up at Khurana House.

Rudra instantly gets angry and suspects that Armaan has something to do with Revthi’s arrest.

Showing a clip as evidence where Armaan’s uncle bumps into Revthi on the road, the police arrests Revthi.

As she gets dragged out of the house, Revthi cries and asks Rudra to help her, saying "Rudra save me!"

Preesha quietly asks Armaan’s uncle if Armaan has something to do with Revthi’s arrest.

Armaan shows up suddenly and admits that he got Revthi arrested.

Preesha asks why Armaan did such a thing as he tells Preesha he cares about her.

She questions Armaan how he knows that Revthi is threatening Preesha with Gopal and Saaransh.

Malti, who is taking care of a pregnant Preesha, has been sent by Armaan.

However, Armaan does not tell Preesha about Malti.

Meanwhile, Revthi cries and tells Rudra in the jail that she is an honest police officer who has never taken a bribe until now.

Doubtful, Rudra asks Revthi if she has any connection with Armaan as Revthi’s bail can only happen by depositing one crore rupees.

Preesha tells Rudra he does not know what kind of a woman Revthi is but Rudra asks Preesha to shut up as Revthi will stay in the house, no matter what.

On top of this, Rudra questions why Armaan is so keen to make Anvi Preesha's daughter as Preesha tells Rudra this is not the subject of discussion.

Ruaha gets in an argument as Revthi smiles to see Rudra and Preesha sleep apart.