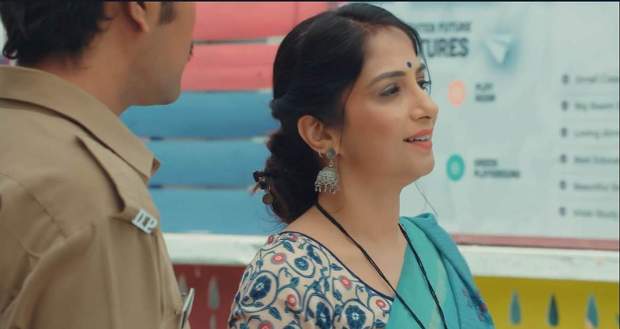 Today's Yeh Hai Chahatein 12th April 2022 episode starts with Sharda being confused as to who would do such a thing to Preesha while she says that it can only be Dev.

Sharda says that it can't be Dev as Dev is just a child when Preesha reveals that he is 20 years old and Rudraksh stands saying that he will teach him a lesson.

However, Preesha stops him saying that they should inform the police who then plan to get help from cybersecurity and arrest Dev after getting evidence.

Meanwhile, at Dev's house, he arrives late and lies to his father that he stayed at the school to practice for the annual fair.

Alia goes to Dev's room and confronts him but he threatens her to hide that he is suspended when Revati comes there and showers love on her children telling them to come for dinner.

The next day, Rudraksh and Preesha drop off the kids when Revati bumps into Preesha.

However, Preesha sees Revati trying to hide her tears and takes her to talk with her.

Revati and Preesha sit at a tea stall and converse as Revati reveals that she is embarrassed due to her son.

Just then, Preesha gets a call from Rudraksh that the police have got a lead and she leaves after apologising to Revati.

Meanwhile, at the school, Dev sits with his friends and speaks ill about Preesha in front of Saaransh and Alia.

Alia tells Saaransh to ignore her brother but Dev instigates him leading to Saaransh dragging him by the collar and pushing him to the ground.

He beats Dev while Dev's friends record it as Alia tells the security guard to call the principal.

Saaransh lets go of Dev and is leaving but Dev again instigates him to fight thinking that the principal should see Saaransh beating him.

Meanwhile, at the police station, the inspector tells them that they have found the cyber cafe from where the flyers were printed and shows them the footage.

However, the footage shows Tarun getting the flyers printed shocking Preesha and Rudraksh as they inform the inspector of him.

Flashback shows, Dev bribing Tarun that he will get him into the school again if he helps him in printing the flyers and that it won't affect him as he is already suspended.