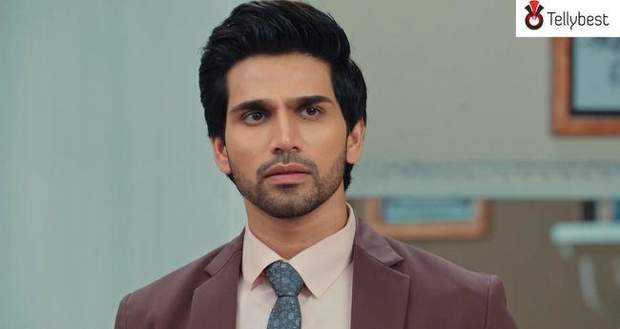 Ducking his head down the Doctor says that Roohi has lost her memory and needs to stay near Prem Maali since she considers him her father.

However, Arman scolds the doctor for saying such stuff but Preesha is adamant to take care of Roohi and tells Arman she will keep Roohi until she is recovered.

Saaransh also steps forward, saying that since their mother is not near them, he has been taking care of Roohi so he cannot leave her like this.

Preesha tells Saaransh to stay too but Arman freaks out while Rudra scratches his beard, thinking his kids are smarter than him.

The pain of not remembering the memories is not new for Preesha which makes her more connected to Roohi and since she knows how it feels like to be a jaded root with no recalling of family, she decides to take care of Roohi.

However, Sharda says she can’t let Roohi stay with a stranger man like Prem Maali (garderner) and orders Saaransh to bring Roohi back from his room.

Saaransh feels sad when Sharda tells him no means no but Preesha says she will not let anything happen to Roohi.

Preesha being a fierce mother-like presence tells Arman to shut up and says she will talk to Rudra herself.

Roohi immediately hugs Rudra while he compliments her for being a small kid with a big brain.

Rudra tells Roohi about Preesha going to Khurana House to meet him but he can’t be here and there simultaneously.

Being a smarty, Roohi calls Vidyut and asks him to bring Rudra’s clothes and come to Arman’s House to dress like a Maali (gardener) while Rudra changes to meet Preesha.

However, both Preesha and Arman along with Saaransh and Sharda leave Thakur House at the same time.

Meanwhile, Roohi teaches Vidyut how to walk like an old man while Rudra faces the dilemma of how to go out discreetly.

© Copyright tellybest.com, 2020, 2021. All Rights Reserved. Unauthorized use and/or duplication of any material from tellybest.com without written permission is strictly prohibited.
Cached Saved on: Saturday 1st of October 2022 05:48:28 PM