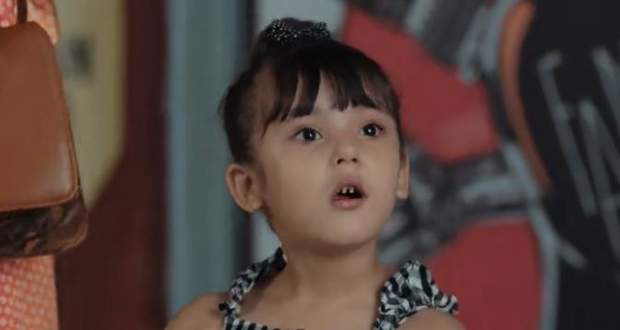 Today's Yeh Hai Chahatein 13th July 2022 episode starts with Pihu being puzzled with Raj appearing on stage and she discreetly asks him what he’s doing on the stage.

Raj explains that he has held her dress so that it won't fall and he’ll improve the play so that he can lay her down.

After the play ends the director asks about Raj being on the stage and gets to know about the mishap.

Vidyut is frustrated that his plan didn’t succeed and wonders how Raj knew of the mishap.

Back at home, Roohi sulks because she wasn’t able to get Rudraksh and Preesha to meet each other.

Roohi gives Preesha a call and learns that she is leaving for Mumbai as she lives in there and came here to settle Pihu.

Suddenly Pihu enters Preesha’s room and tells her everything that happened during the play.

Roohi decides to tell Rudraksh about Preesha’s departure as he is the only one who can stop her.

Later while Vidyut is on a call the police arrive at his house to arrest him.

Confused Sharda asks the police for the reason behind his arrest.

At the police station, Rudraksh gets to know that Vidyut has committed a shameful crime and asks about the person who has filed the complaint.

The person who filed the complaint is none other than Pihu.

© Copyright tellybest.com, 2022, 2023. All Rights Reserved. Unauthorized use and/or duplication of any material from tellybest.com without written permission is strictly prohibited.
Cached Saved on: Wednesday 25th of January 2023 01:53:27 PMCached Disp on: Thursday 9th of February 2023 08:04:09 AM