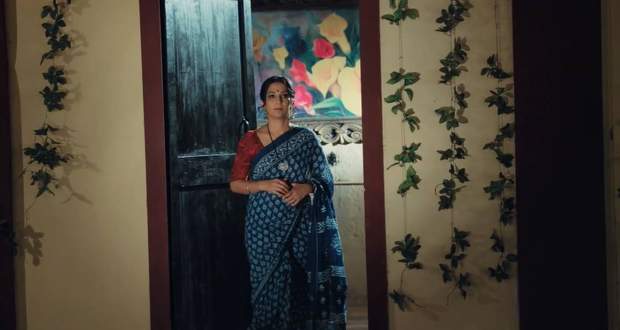 Today's Yeh Hai Chahatein 13th June 2022 episode starts with Preesha waking up in the middle of the night.

She does not see Rudra sleeping in the same room and goes outside to look for him.

Saaransh tells Rudra that Mumma woke up exactly at 3 AM, seeing Preesha come outside.

Rudra has set up Gol Gappa stalls to satisfy Preesha’s midnight cravings as Saaransh jokes, saying his parents do not have to wander to find a Gol Gappa now.

As RuSha hugs, a yawning Roohi and Saaransh leave.

Preesha says she thought Rudra would leave her.

However, Rudra tells Preesha he would rather die.

He also says he won’t let Armaan or Revthi come between him and Preesha.

Rudra feeds Gol Gappas to his pregnant wifey as their fight gets over.

There is a timelapse to showcase Preesha’s pregnancy and she is now 9 months pregnant.

Rudra passes the pregnancy class test with flying colours along as Sharda announces she has a baby shower planned.

However, Revthi secretly laughs when she hears Sharda say she will raise RuSha’s, upcoming baby.

Rudra says how can his Preesha cry when he is there for her as he helps her dress up.

Preesha and her baby get showered with lots of blessings.

When Revthi blesses the unborn baby, she reminds Preesha that the baby is hers.

Preesha says how can Revthi still torture Preesha on this beautiful occasion.

However, Malti comes with a dhoop to ward off the evil eye from Preesha, making Revthi cough.

Preesha questions Malti why she made Revthi cough as Malti tells Preesha she heard her conversation with Revthi about the baby.

Malti has a plan and tells Preesha she will lie to Revthi that Preesha’s baby has been born dead so she permanently goes away.

However, she experiences labour pain a moment later as Malti proceeds to inform both Rudra and Revthi.