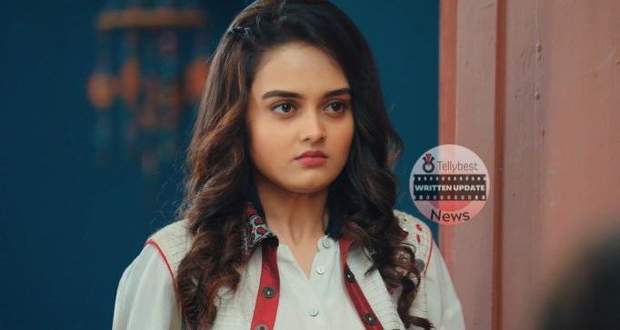 Today's Yeh Hai Chahatein 13th September 2022 episode starts with Pihu not being able to believe her eyes when Rudra says Preesha’s memories have been stolen from her.

Rudra tells Pihu that Arman gives medicines to Preesha daily that has been ruining her memories.

However, Pihu informs Rudra she wants to believe him but her mind says to stay with the truth told to her by Arman.

Ruhi steps up and tells Pihu she saw Arman mix those medicines in water and give it to Preesha.

Rudra then asks Pihu to think about Ruhi’s and Saaransh’s condition, living in a servant quarter only to be closer to their mother.

Taking a deep breath, Pihu tells Rudra he has to prove his love for SIL and Rudra asks Pihu for help.

Pihu joins hands with Rudra to know the truth and save Preesha from betrayal.

However, Pihu lets everyone know they have to do something tomorrow since Arman will be out on bail the day after.

Rudra then thinks of throwing a party, imitating their anniversary memory by singing a song and sending Preesha a red saree that she wore and looked so beautiful in it.

However, Pihu says it is impossible to bring Preesha but Rudra says she can say the party is being thrown for Pihu and Raj since they have been selected by the music company.

Later in the afternoon, Raj calls Pihu and Sharda speaks from the back, saying Pihu can execute her plan by putting the phone on speaker.

Pihu talks to Raj on speaker and asks him why he called her. Raj says that his audition along with Pihu has been selected by K Company and they are throwing them a party in Khurana House.

However, Preesha gets confused while Raj clarifies that the company wants Rudra Khurana to be their mentor and the face of the party.

Preesha tells Pihu she can’t go while Pihu gets sad.

However, unable to see Pihu say no to a big opportunity, Preesha says she will accompany Pihu.

In her room, Preesha is unable to decide what to wear and asks Pihu for suggestions.

Pihu gives her a red saree that reminds Preesha of a flashback where she is looking in front of the mirror and Rudra is behind her back.

In the flashback, Rudra says this saree is a token of his love for Preesha while Preesha turns around and kisses Rudra’s nose.