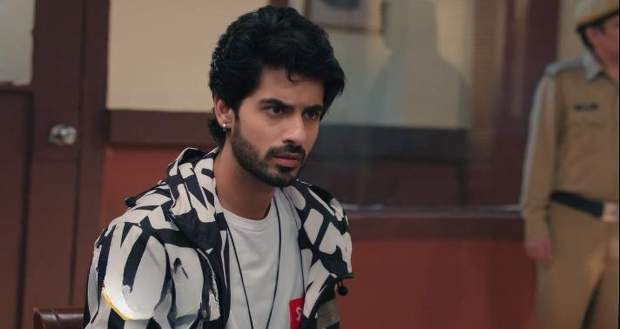 Rudra asks Pihu why she has complained against Vidyut as he believes Vidyut cannot do anything.

Pihu says that Vidyut has altered her dress but Vidyut quickly denies it.

He even says that Pihu is messing with him as she does not have proof.

Hearing this, Pihu calls Raj to the police station to give the witness.

Seeing Raj, Rudra is stunned but before he can say anything Raj starts blabbering about how he is deeply sorry to put shame on Rudra’a family by doing this.

He then tells Rudra how Vidyut has messed with Pihu’s dress and how Preesha has convinced him to confess it.

Vidyut tries to say something but Rudra silences him with a growl.

A flashback shows, how Vidyut has blackmailed him to stay silent by calling him a charity case.

Raj informs the police about Vidyut being the culprit.

However, Vidyut arrogantly says that he was angry so he did it to teach Pihu a lesson.

After saying sorry, Vidyut asks Pihu if she is happy or not.

At the same time, Preesha enters the police station and Rudra is stunned to see her.

Elsewhere in Arman’s house, his aunt informs him about Preesha being at the police station to press charges against Vidyut.

Hearing Vidyut’s name, Arman gets worried about Preesha meeting Rudra and goes to check on her.

In the police station, happy Rudra asks Preesha where she was been in the last year.

Instead of listening, Preesha calls Rudra her murderer.

She even says that Rudra has tortured her during their marriage.

Rudra tries to change Preesha’s mind by saying that he can never hurt her.