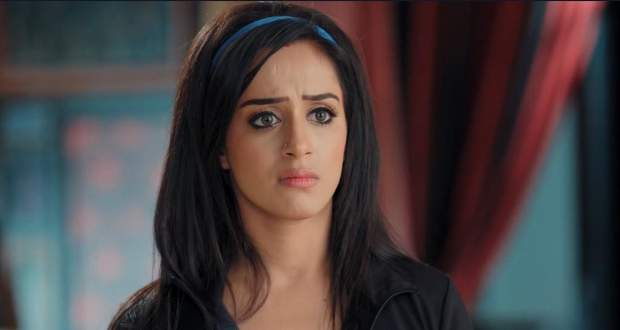 Maalti pretends to be a woman who has been beaten up by her husband and at the police station.

Once Revthi leaves, Malti tells Rudra and Sharda that Preesha is going into labour.

Rudra gets very panicked as he asks where are his car keys.

Saaransh reminds Rudra that the car keys are with the driver as Roohi takes out Preesha’s bag from the cupboard.

Rudra forgets where they are going as Sharda scolds him for being so panicked.

Preesha gets admitted to a hospital with Rudra unable to see her in pain.

Rudra vomits in the washroom after he sees the doctor use a big injection on Preesha.

Sharda tells Rudra to go home and rest until the delivery is done but Rudra says he cannot leave his wife Preesha who is in labour.

However, Rudra gets a spare wardroom in the hospital to rest as the nurse asks Sharda and the kids to leave.

Malti tells Sharda she will handle both Rudra and Preesha.

Meanwhile, the doctors urge Preesha to push and she delivers a baby boy.

Preesha cries as she says she knew little Rudraksha will come into the world.

Further, Malti tells Preesha she has already arranged a dead body of a baby to fool Revthi.

Preesha says there is no baby when Revthi arrives and strictly asks for Preesha’s baby.

However, Malti shows Revthi a dead baby to make her believe Preesha’s claim.

Revthi cries and says she does not want anything in this world now.

Before leaving, Revthi tells Preesha that God did well with RuSha.

Now they will understand the pain of being separated away from their kid as Revthi did.

Meanwhile, Rudra asks the nurse how is Preesha and the baby as the nurse tells him he has a baby now.

On the other hand, as Preesha searches for her baby in the hospital after Revthi leaves, she is not able to find him.

Malti is with Revthi and has given Preesha’s baby to her.

Revthi cuddles Preesha’s baby closer, calling him Dev as Malti tells Revthi it was easy to fool the Khuranas as they are too naïve.