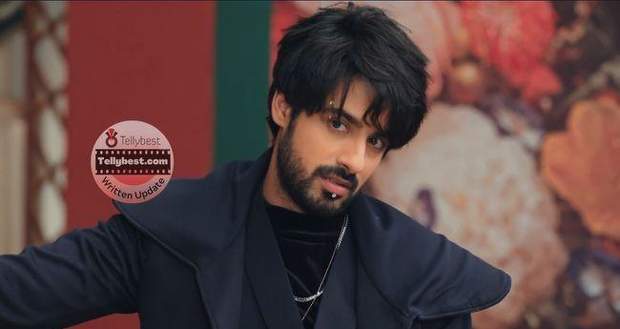 Ishaani tells Mohit what to do next and he says that he will think of something.

Later, Nayantara and Malti are talking while Mohit comes there through the window.

Mohit tells Nayan that he has decided to go back to Aliya since he can't see them (Iyer family) in pain.

Nayantara scolds him and tells him that both his and Ishaani's life will be ruined.

Further, Nayan tells him that she has a plan and tells him to go to Samrat and say that he wants to get married to Alia, that too the next day only.

Sam is drinking when Mohit is in front of him making Sam's blood boil.

He throws away the glass of alcohol alerting Revati, Alia, and Nayan as they also gather in the hall.

Mohit tells Samrat that he is ready to marry Alia while Sam refuses.

He says that he won't let Alia's heart be broken another time and disagrees even though Alia states that she wants to marry Mohit.

Revati questions Sam about what problem he has while Sam sees Nayantara and thinks that she will be heartbroken if Mohit gets married to Aliya.

Samrat agrees with the marriage when Aliya says she wants to marry Mohit and maybe one day he could also fall in love with her too.

Unable to deny Aliya, Samrat states that the marriage would happen the next day in court only.

At night, Nayan hides the paper spray in her hands thinking she will be prepared from now on for tolerating Samrat.

Samrat comes there just then and tries to take a pillow from behind her but she thinks otherwise and sprays his face with pepper spray.

Sam rebukes her and tells her that he was going to take the pillow from behind and orders her to sleep on the couch.

At night, Nayan tries to leave the room but fails as Sam wakes her up and reveals that he has locked the room.

He tells her that he won't let her go out of his sight until Aliya and Mohit are married.

The next day, Samrat wakes up and finds Nayantara sleeping on the couch, looking so beautiful as pristine rays of the Sun falls on her face.

Samrat's heart skips a bit as he bends down to touch Nayan's cheek while she sleeps soundly.

However, she comes awake the moment Samrat's fingers touch her face while Sam thinks he drank a little too much yesterday feeling this way for Nayantara.

Later, Samrat and Revati are talking about Mohit and Alia in court while Nayan states that she wants to go to the washroom.

She instigates Sam to fight while Revati calms Sam and tells him to leave.

Further, Sam calls Mohit and tells him that only half an hour is left while Mohit informs him that he is stuck in traffic but will reach there soon.

Sam further calls Aliya who says that she will be there soon too.

Afterward, Samrat goes to check up on Nayan and gets shocked when he realizes that Nayan is not in the washroom.