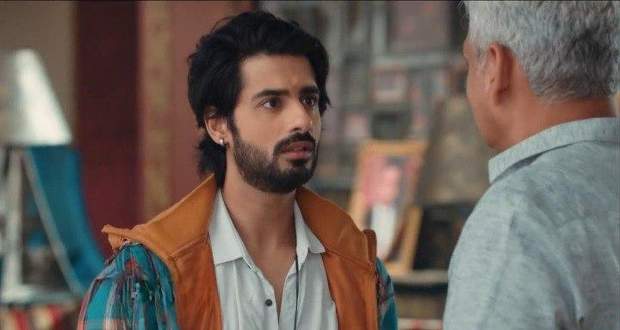 Armaan’s uncle along with his wife greets Preesha saying that she organized the party perfectly.

Armaan smirks and tells his uncle the party was bound to be perfect since Preesha is his wife.

Preesha elbows Armaan playfully and say he should not take all the credit for himself.

Just then, Preesha asks Armaan’s uncle’s wife where is Pihu as Pihu comes and calls Preesha the best SIL.

Pihu informs Preesha that she cannot wait for tomorrow to arrive as Armaan asks Pihu and Preesha what they are talking about.

Smiling, Preesha tells it’s a secret between Pihu and her.

Meanwhile, two of the boys at the party suddenly talk about attending Rudra’s concert in Delhi, seizing Preesha’s attention.

Preesha gets angry, making a fist as the servant asks Preesha where to keep the tray of drinks away.

The servant sweats seeing Preesha’s angry expression as Preesha throws the glasses away.

Armaan picks Preesha as she faints and takes her to their bedroom.

Armaan asks whether Preesha forgot to take her medicine as he secretly mixes a powder in Preesha’s water that will erase all her memories away.

On the other hand, Rudra rides his bike and races with a woman named Vanshika.

As Rudra nods his head, Roohi calls Rudra her papa and asks whether he is doing good or not.

Meanwhile, Armaan’s uncle and his wife check on Preesha as Armaan scolds his uncle about why the guests did not follow the instructions given to them.

Armaan had instructed his uncle to tell all the guests to not take Rudra’s name in front of Preesha.

He tells Preesha a fake story that Rudra married Preesha falsely and he used to beat her, making Preesha cry.

Meanwhile, Rudra sits in his bedroom and stares at Preesha’s photo with a bottle of alcohol.

Rudra asks how can he talk alone as he misses Preesha all day. Rudra cries as he says Preesha took everything of Rudra with her.

He cries and asks why she didn’t give him another chance as he talks to her photo.

Recalling all of Preesha’s memories, Rudra chugs down alcohol and falls unconscious with Roohi checking up on him.

© Copyright tellybest.com, 2022, 2023. All Rights Reserved. Unauthorized use and/or duplication of any material from tellybest.com without written permission is strictly prohibited.
Cached Saved on: Monday 21st of November 2022 06:27:20 AMCached Disp on: Friday 9th of December 2022 05:24:04 PM