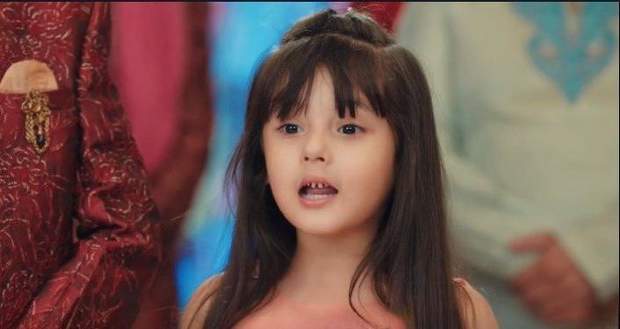 However, he has a motive behind it as Revati met him earlier and asked him to take the blame.

A flashback is shown where Revati and Yuvraj are sitting together in the car.

Yuvraj gets surprised when Revati tells him she is the chief commissioner of the Delhi police and knows his criminal history.

However, Revati gives an incentive to Yuvraj that he won’t ever get arrested only if he agrees to take the blame on himself, saving Revati.

Yuvraj thinks for a while before he agrees to let Revati use him.

The flashback ends as Rudra grabs Yuvraj’s collar angrily and Revati grabs Rudra from the back so he doesn’t hit Yuvraj.

Revati gives an Oscar-worthy performance as she asks her police officers to take Yuvraj away.

However, Preesha asks Yuvraj why he took Revati’s blame but he continues to lie.

Meanwhile, RuSha arrives in their room as Rudra is excited to spend some alone time with his wifey.

When she wakes up after a nap, she receives a message from Alia.

However, Preesha realizes that it was Revati who messaged her.

Revati is pumped up to make Preesha dance on her toes as Revati has a video where Saaransh and Dev get into a fight on the terrace, making it seem like Saaransh pushed Dev.

Revati also shows a video of Gopal locked in a room.

Preesha quickly grabs Revati’s phone and threatens her before falling unconscious on the floor.

Later, as Preesha wakes up from her unconscious state, Revati informs Preesha that she is pregnant.

Revati promises not to harm Saaransh or Roohi only if Preesha delivers the baby and gives it to Revati as Revati is dead sure it is Dev wanting to take second birth.

© Copyright tellybest.com, 2020, 2021. All Rights Reserved. Unauthorized use and/or duplication of any material from tellybest.com without written permission is strictly prohibited.
Cached Saved on: Wednesday 1st of June 2022 11:49:54 PMCached Disp on: Saturday 25th of June 2022 07:24:21 PM