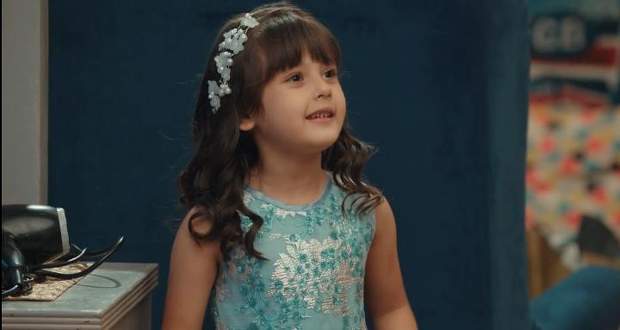 Roohi shouts to Saaransh for help and Saaransh breaks the lock to get to the terrace while Dev hides behind the water tank.

Meanwhile, at the auditorium hall, Rudraksh tells Preesha that police are of no help to them anymore as Revati is the police commissioner.

Dev takes Roohi towards the edge and threatens to throw her from there while Saaransh arrives there and tells him to leave Roohi alone.

However, Dev threatens Saaransh of throwing Roohi from there if he takes any step further.

Saaransh tells Dev that he has already called Rudraksh while Roohi suddenly bites Dev and manages to get out of his grip.

Roohi falls unconscious and Dev says that his work is easier now and advances toward Roohi.

Saaransh pushes Dev away but Dev slips on the marbles and falls from the terrace.

Just then, Rudraksh comes there and asks Saaransh what happened to see only him there.

Saaransh stands still and points towards the ground where Dev is lying in his blood.

Saaransh apologizes saying that he didn't mean to push Dev when Rudraksh calms him and frantically asks for Roohi.

Saaransh shows her an unconscious Roohi after which Rudraksh calls Sharda and tells her to take the kids home.

Rudraksh tells Saaransh to not inform anyone of what happened while he handles everything.

Elsewhere, Preesha goes to Revati and shows her the video of Dev's confession which leaves Revati in shock.

She says that she can't believe Dev could do something like that when Alia also comes there and agrees with Preesha.

Rudraksh goes behind the school building to check on Dev and gets scared to learn that Dev is dead after checking his pulse.

Rudraksh thinks that he can't let Saaransh be jailed and calls Preesha telling him to come to the back of the school building without informing anyone.