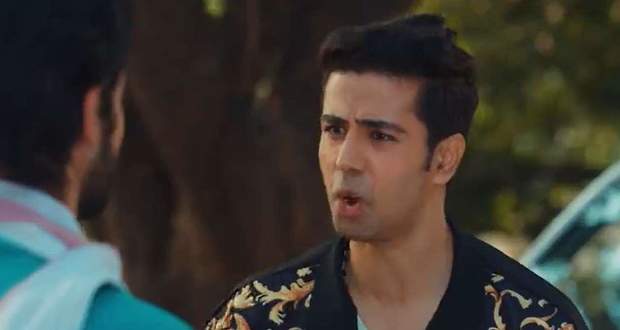 Today's Yeh Hai Chahatein (YHC) 20 Jan episode starts with Preesha running in a frenzy to save Roohi and Rudra from the fire.

Preesha shrieks and attempts to run towards the cot. However, Yuvraj holds her back and asks her if she is out of her mind.

At the same time, Yuvraj yells at the gathered villagers to help douse down the fire, rather than stand idly.

Subsequently, Preesha’s heart is seized by fear and she prays to God. She cannot afford to lose anyone, be it Rudra or Roohi.

On the other hand, Rudra wakes up from his unconscious state.

However, Roohi’s eyes close and she loses herself to an unconscious state due to intense smoke in the room. Rudra holds Roohi close to her.

Wrapping a blanket on his back so that Roohi does not get burned, Rudra yells and treads towards the door. He kicks open the door. On the second kick, the door opens.

Preesha’s eyes get wide as she sees Rudra carrying Roohi on her back. Rudra mirrors her expression.

In an emotive tone, he ends up calling Preesha “his” Priya before falling unconscious again. Just then, the Mukhiya to hide what he did starts hurling uncalled claims on Preesha’s character.

The Mukhiya tries to rouse the villagers against Preesha by questioning her character. He asks her why did she have this man hidden in her house when she walks like a “pure Devi” all day long.

Bothered, Preesha shoots back at the Mukhiya and tells him that she did not know that Rudra was hiding in her house.

However, with a threatening tone, Preesha promises the Mukhiya that she will find out for sure the person who lit the cot on fire.

Just then, the ambulance arrives and Roohi along with Rudra are carried to the hospital.

Meanwhile, Vaijayanti arrives in Rohtak. She calls Bunty and asks him where he and Rudra are staying at.

Bunty lies to her but Vaijayanti lets her know that she knows the truth. She coaxes Bunty to spill out the truth on Preesha. However, Bunty lies again.