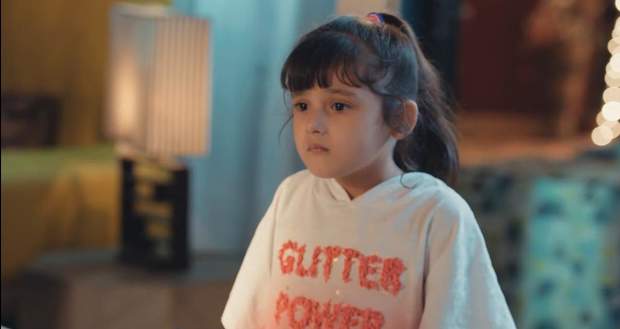 Today's Yeh Hai Chahatein 20th June 2022 episode starts with Krish coming to meet Rudra in his room as he gets ready.

Krish offers sweets to Rudra while Rudra asks the reason.

Smiling, Krish informs Rudra that he got admission into a college as he thanks Rudra for everything, he has done for Krish.

Krish considers Rudra his guardian as he gave Krish a chance to sing at his concert.

Later, when Raj gets to know that Krish has got admission to his college, he privately asks Krish to not call him a brother as Raj has a big reputation.

Meanwhile, as Rudra arrives to eat, Saaransh leaves the breakfast table to eat his food alone as soon.

In the flashback, Saaransh is seen blaming Rudra for preferring his biological son over Saaransh but Rudra tells Saaransh he only heard half of what Rudra said to Preesha.

However, Saaransh wishes Preesha would not return to Rudra as he was not even worthy of his biological kid.

Sharda saves Saaransh from Rudra’s raised hand while Rudra feels defeated and drops down on his end.

After the flashback ends, Rudra tears Roohi’s bear costume accidentally but he feels he has torn his pants.

Calling Rudra, a Buddhu, Roohi asks what will she wear for her fancy dress show tomorrow.

Rudra offers to make a brand-new bear costume for Roohi by taking out cotton from her big teddy bear.

When Rudra calls Roohi Nani-Ma, Roohi mentions that Preesha used to call her the same but says sorry the next second.

As Roohi tries on her brand-new bear costume made by Rudra, Sharda asks her why she lied about the fancy dress competition.

Roohi tells Sharda that she made Rudra put so much effort so she can see old "Lal Tamatar" in him.

On the other hand, Pihu’s mother asks Preesha to accompany Pihu to New Delhi.

Later, Armaan follows Preesha as he gets to know that Preesha has gone to Delhi with Pihu.

Meanwhile, Rudra comes to Krish’s college as his guardian and so does Preesha as Pihu’s guardian.

A moment comes when Preesha yelps as her heels creak on the floor that catches Rudra’s attention.

However, Rudra is not able to see Preesha as her hair falls all over her face.