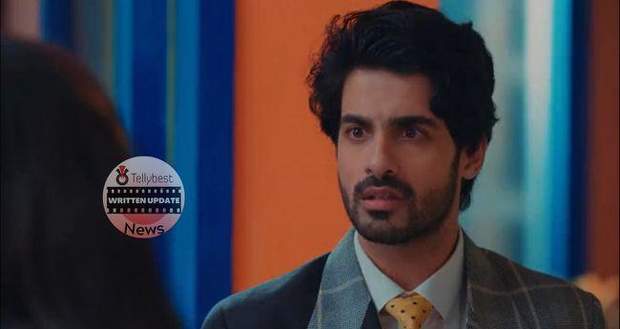 Rudra says his student cannot do this while Arman challenge Rudra further.

Pihu follows Rudra to the police station and Arman gets angry with her.

However, Preesha says they must go to the police station to see if Raj is innocent or not.

At the police station, the police say they have found blood in Raj’s nails and if Kalindi’s DNA report matches Raj’s, then Raj is the culprit for sure.

In the jail chamber, Rudra asks Raj to narrate everything he remembers that happened.

Raj tells Rudra someone pushed him to the bathroom while his spectacles were knocked off in a hurry.

At Khurana House, Rudra walks in sadly while Sharda gets worried.

However, Vidyut tells Rudra if he will put someone from the streets in a golden mansion, this thing was bound to occur since no one knows how Raj was raised.

Rudra gets angry and slaps Vidyut.

Meanwhile, Kalindi meets Arman at the night and gets congratulated.

She tells Arman it was easy to fool Raj since he is so innocent.

Inwardly, Arman praises himself for making Rudra’s life hell before he goes to London with Preesha.

Like Vidyut sent Arman to jail, Arman wants to do the same and tells Kalindi if anyone asks her the truth, she blames Vidyut.

Meanwhile, Pihu is not able to sleep properly and decides to sneak out of the Thakur House.

Preesha spots her and agrees to go with her to interrogate Kalindi.

Similarly, Rudra says he must get to the bottom of the truth while Sharda suggests taking Vanshika with him so Kalindi cannot malign Rudra’s name too.

On the other hand, Pihu and Preesha find out that Kalindi has left the town while Rudra reaches the same spot along with Vanshika.

Vanshika creeps closer to Rudra while Preesha glares at her.