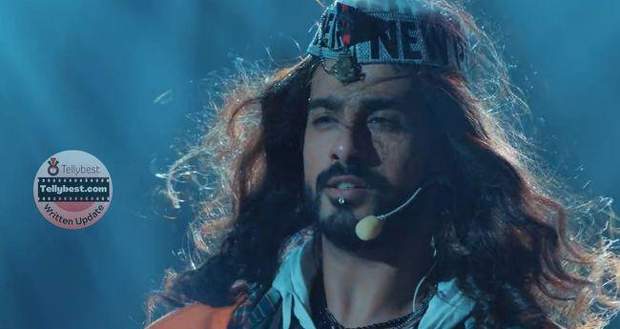 Today's Yeh Hai Chahatein 22nd December 2022 episode starts with Samrat threatening Mohit and saying that he doesn't care whether he lost the ring or not but he cares for Aliya and Mohit upsetting her.

Mohit looks sheepish while Samrat says he kept a duplicate engagement ring ready since he knew something like this could happen and Aliya would lose it since she is very particular about things.

Samrat then asks Mohit if something is bothering him but Mohit denies it and says he likes Aliya.

However, Samrat reminds him that since he is going to get married to her, he has to LOVE Aliya, not like her.

Meanwhile, Ishani is bidding goodbye to the dance audition boss when he asks her to meet her in a hotel for some "personal audition" since he liked her moves so much.

Ishani agrees and leaves while Nayantara on her way back home, spots Ishani talking to someone on the call near a pavement.

She asks the autorickshaw driver to stop and decides to follow Ishaani to a hotel named Hotel Paradise.

Seema hugs Mohit who is her son while Aliya jokes, saying she is there too, and gets hugged by Revthi.

Samrat tells Revthi that without her, there is no life and she gets happy by looking at the freshly picked flowers for her welcome.

Revthi also tells them that her meeting went well since Seema was there for her and Samrat replies that just like Seema is Revthi's support, Mohit is his solid support too.

Back in India, Nayan reaches the same hotel as Ishani and calls her but Ishaani lies, saying that she is just leaving her audition location.

Meanwhile, Aliya asks Revthi whether she can go to India to attend her school friend, Kiara's wedding or not.

Revthi screams and questions Aliya about how come she can even think of going to India.

At the hotel, Nayan sees a woman fighting with the manager to let her go inside the room no 402.

She follows her and it seems like the woman is the dance instructor's wife who is currently holding hands with Ishaani.

Ishani gets shocked to see Nayan while the boss gets beaten up with slippers by his wife.

Nayantara scolds Ishaani and reminds her that their self-respect is above their financial condition so she shouldn't compromise while Mrs. Bose, the beating wife, shames Ishani for getting romantic with her husband to get money.

Nayan starts defending Ishani but Ishaani stops both of them and says she herself came here because she wanted to expose this man.

Ishani tells his wife that with a face like that, she wouldn't even care to go near him.

Nayantara agrees and Ishani asks Mrs. Bose whether she got a phone call from a girl before who told her to come here.

Mrs. Bose confirms and Ishani reveals that she had called her only since she wanted him to get exposed so he doesn't dare to take any more "personal auditions" of any other girl.

Before leaving, both Nayantara and Ishaani slap Mr. Bose & hand him willingly to his wife.

Meanwhile, Revthi doesn't stop screaming and says she won't go back to India where she lost everything.

Samrat then scolds Aliya for thinking such a thing and Aliya gets frustrated.

Meanwhile, Revthi holds her scalp as Samrat comes to comfort her.