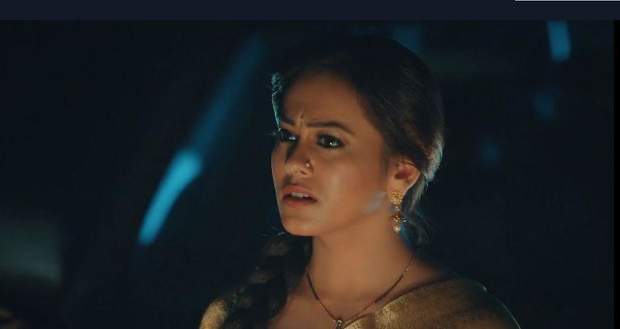 Today's Yeh Hai Chahatein (YHC) 22 Jan episode starts with Preesha feeling disgusted at Rudra. Preesha gets to know that Vaijayanti has married Rudra whilst she was away.

Hugging Roohi, Preesha tells her that it is time Rudra goes back to his own family.

Both the mother and daughter decide to leave Rohtak for good.

However, Roohi still has her reservations about not meeting her beloved “Lal Tamatar” one last time.

Meanwhile, Vaijayanti catches up with Bunty and asks him again whether Preesha is alive or not.

Bunty consequently decides to meet Preesha at her house and know what she is going to do next.

Preesha gets agitated to see Bunty.

Bunty asks Preesha the reason for her leaving when destiny has allowed both Preesha and Rudra to meet again.

Preesha asks Bunty the reason he lied to her and did not tell her about Vaijayanti’s and Rudra’s marriage.

Sachi and her mother see off Preesha and Roohi.

On the other hand, Rudra regains his consciousness and immediately asks for Preesha.

Bunty gets anxious as Vaijayanti hears Preesha’s name come out of his mouth.

Vaijayanti thus gets heartbroken when Rudra leaves to search for Preesha as he no longer trusts Bunty again.

Asking Sachi about Preesha’s whereabouts, Rudra goes to the bus station in search of Preesha and Roohi.

Finally, Rudra can spot both Roohi and Preesha until Yuvraj interrupts the duo.

Upcoming Yeh Hai Chahatein (YHC) episode updates: Rudra asks Preesha to confirm to him whether Roohi is his daughter or not.