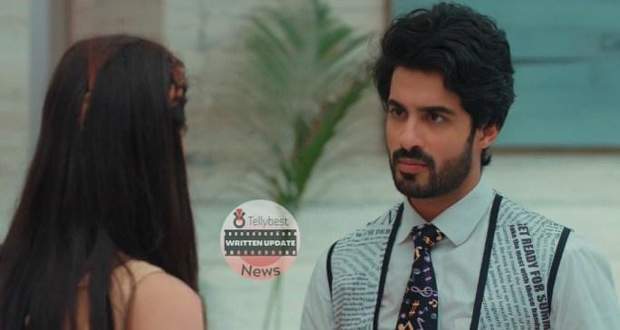 Rudra gets confused while Vanshika says he must look there since Preesha is looking here.

Preesha gets jealous as Vanshika and Rudra walk together toward her.

Pihu informs Rudra that Preesha and her came together to look for Kalindi but she is not at her house.

To confirm, Rudra calls the police inspector about Kalindi not being at home while the inspector says she has changed location so nobody close to the accused can find her.

Rudra then asks one of his private investigators to find out Kalindi’s location and also thanks Pihu for being there with Preesha.

At night, Rudra calls Pihu to inform her that he has found Kalindi’s location and also requests her to bring Preesha so he can be close to her.

In the morning, Preesha gets ready while Pihu announces she is going to meet Kalindi.

Both of them lie to Armaan saying they are going to have a girl’s day out.

On the other hand, Rudra tells Vanshika that he is worried about Preesha coming here without Arman’s approval.

Vanshika then consoles Rudra saying Preesha is in good hands since Pihu is an intelligent girl.

Preesha gets jealous and rolls her eyes when she sees female fans asking Rudra for a selfie.

Pihu scrunches her nose, agreeing with Preesha that female fans are a nuisance.

Preesha also taunts Vanshika to look at her going-to-be husband behaving like this while Vanshika says she knows how much Rudra loves her.

When Rudra gets free from his fans, he taunts Preesha if she doesn’t mind while Preesha says she doesn’t care.

All of them walk inside the hotel while Rudra challenges Preesha that he can find Kalindi’s room after buttering the receptionist.

However, the receptionist gets excited about seeing Rudra but denies telling him about Kalindi’s room.

Preesha taunts Rudra saying what has happened to his rockstar magic.

Later, all of them decide to wait for Kalindi in the cafeteria, pretending to read magazines.

Suddenly, Pihu spots Kalindi walking and immediately rushes to surround her in a circle.

© Copyright tellybest.com, 2020, 2021. All Rights Reserved. Unauthorized use and/or duplication of any material from tellybest.com without written permission is strictly prohibited.
Cached Saved on: Friday 30th of September 2022 08:57:59 PMCached Disp on: Saturday 1st of October 2022 04:22:23 PM