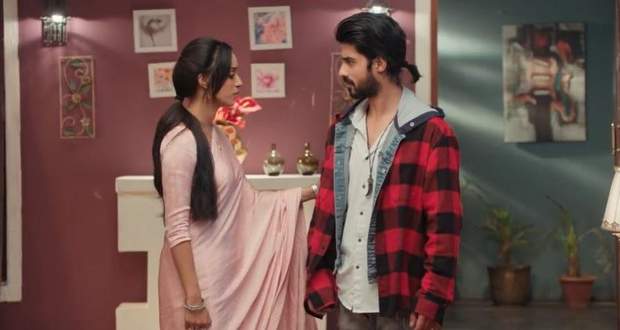 On the phone, the police inform Rudraksh of Bunty being in the school.

Hearing of Bunty's presence in the school, Rudraksh panics and calls Preesha.

Knowing Preesha is safe, Rudrakhsh wonders about Bunty’s reason for being in school.

Realizing Bunty’s target to be Roohi, Preesha and Rudraksh both panic with fear.

In agony, Preesha rushes to fetch Roohi and finds her on the bus leaving for a school trip.

She stops the bus in time and joins the trip to ensure Roohi’s safety.

On other hand, the reporter interviews Saransh about the Scholarship program. While guiding the reporters to the Principal's office, Saransh gave Rudraksh credit for being his inspiration.

Later, Bunty drives past Rudraksh and tells Preesha of the bus’s brake failure.

Rudraksh contacts police and the school Principal to inform them about the bus's malfunction.

A while later, Preesha realizes the driver is Bunty and becomes scared.

Acting deranged, Bunty talks of taking revenge from Rudraksh and Preesha by taking Roohi away from them.

Preesha tries to reason with Bunty and assures him of Bubbles getting the transplant but in anger, he refuses to believe her.

Feeling hysterical, Bunty breaks the brake of the bus and drives on without caring for anyone’s life.