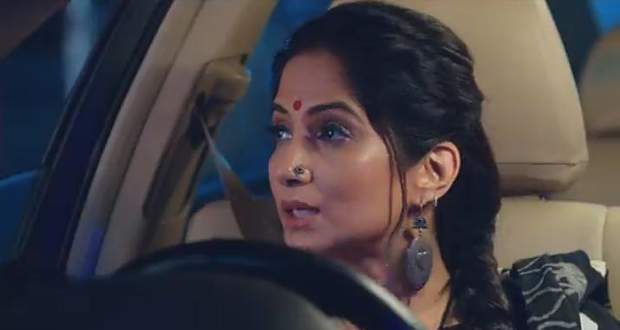 Today's Yeh Hai Chahatein 26th April 2022 episode starts with Rudraksh singing in the Jagrata while Preesha and others happily clap getting lost in the Bhajan.

Preesha sees a giant black polythene bag and goes towards it making an excuse for drinking water.

Preesha signals Rudraksh and he thanks the audience saying that it is his time to leave now.

Both Rudraksh and Preesha bid goodbye to the people and leave while Revati sits back for the rest of the Jagrata.

Preesha shows Rudraksh the polythene bag which they used to cover the bloody gunny bag and take the body towards their car.

Just then, a man comes there and questions them about the polythene bag but Rudraksh lies that he has the bag filled with garbage in the middle of the road and decided to put it in the dustbin.

However, they transfer the body into their car once the man leaves and further go to a cold storage shop.

The couple lies that they need a freezer to put the drinks for the party in it and later store the body of Dev inside the freezer.

At the Khurana mansion, Preesha and Rudraksh have just finished putting the ice and Dev's body into the freezer when Sharda comes there and questions them about the freezer and their weird behavior.

However, Preesha and Rudraksh lie to Sharda that they bought the freezer for their party which they are planning to keep the next day, and convince her that nothing is wrong.

Rudraksh and Preesha go to Saaransh's room and try to calm an anxious Saaransh while Roohi comes there and asks them what they are hiding from her.

Preesha tells Roohi that they have planned a surprise for her.

Roohi asks about Dev while they lie that Dev ran away from them.

Roohi requests that she wants to talk to Revati and inform her how Dev tried to kill her.

However, Rudraksh and Preesha convince Roohi to not tell anyone about Dev coming to the school on the function day.

The kids go to sleep after which Preesha takes Rudraksh out of the room and apologizes to him for hiding the truth of Yuvraj killing Rajiv.