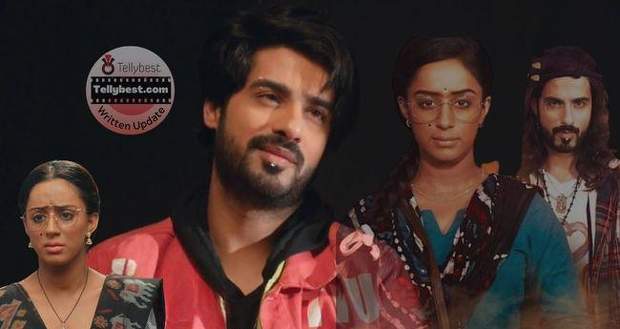 Today's Yeh Hai Chahatein 26th January 2023 episode starts with Mohit telling Ishaani to give him a divorce as he has had enough.

Nayantara gets confused to see the change in Mohit's behavior while Ishaani feels upset.

Ishaani eyes him through tears as she asks him if their marriage was a joke to him.

Mohit playfully says that ever since Eshani came into his life, his life has become hell.

Earlier, at least, he used to enjoy the luxuries of life with Samrat and Aliya.

Now that has disappeared completely along with his bank balance.

Nayan chides Mohit for acting so strangely and rebukes him for considering marriage as something that can just be broken in mere days.

While Nayantara consoles Ishaani, Mohit pressurizes her to sign the divorce papers.

Unable to control her anger anymore, Ishaani signs the divorce papers and throws them on the ground while Nayan notices the lingering sadness on Mohit's face.

The police inspector then tells Ishaani that she is free to go home now since Samrat has taken back his case lodged against her.

Nayantara and Ishaani go outside and see a group of Bhangra people, drumming their drums as Samrat comes by dancing.

He hugs Mohit and says now that Ishaani is OUT of his life, it is Aliya's turn to come IN.

Nayantara holds a sensitive Ishaani so she doesn't fall while Mohit has a flashback.

In the flashback, Mohit can be seen calling Samrat to come outside the station with a throng of dancers to make it look like he is genuinely done with Ishaani.

Samrat first suspects him of having changed his mind, however, Mohit tells him that Ishani won't believe him unless he hurts her a lot.

Back at Iyer House, Paati & Malti prepare to welcome Mohit and Ishani.

However, when they see Nayan and Ishaani only, they grow anxious.

Ishani puts her palm over the lit lamp, diffusing the fire, and asks everyone not to take Mohit's name ever again.

Nayantara tells the whole scenario to Paati and Malti.

Later, Nayan gets panicked when she doesn't see Ishani in her room, thinking she is going to do something wrong.

However, Ishani returns back home and tells everyone that she got a job in a dance troop.

Internally, Nayantara knows that something is off with both Ishani and Mohit as Mohit was not the kind of guy to ditch somebody.

© Copyright tellybest.com, 2022, 2023. All Rights Reserved. Unauthorized use and/or duplication of any material from tellybest.com without written permission is strictly prohibited.
Cached Saved on: Thursday 26th of January 2023 11:57:10 PMCached Disp on: Thursday 2nd of February 2023 07:52:54 PM