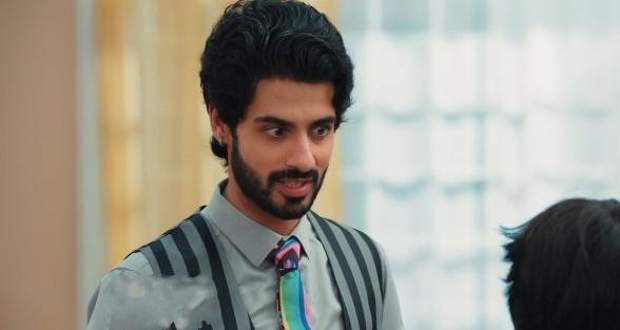 Today's Yeh Hai Chahatein 26th July 2022 episode starts with Rudra feeling apologetic the next day for scolding Saaransh and almost raising his hand at him.

However, when Rudra goes to Saaransh’s room to apologize, he finds Roohi’s side of the bed empty.

When Rudra does not find Roohi in the bathroom too, he wakes up Saaransh and says Roohi is nowhere to be found.

Saaransh feels alarmed but finds a letter left by Roohi.

In the letter, Roohi writes about leaving Khurana House because it upsets her to see Rudra and Saaransh fight with each other when they should be fighting together against Armaan.

Vidyut and Krish check all the corners of the house but do not find Roohi.

Rudra scolds the security guard and the staff for being careless and then calls Sharda who informs him that Roohi is with her but she does not want to talk to him or Saaransh.

Meanwhile, Pihu shows gorgeous pictures of a resort in Shimla and says she wants to go there.

Preesha agrees to go with Pihu but Pihu changes the plan and says she will come to Shimla a day later.

Saaransh tells this valuable piece of information to Rudra who hurries and asks Saaransh to ride with him to Shimla.

However, Saaransh scolds Rudra for being in a hurry and says they need to come up with a plan to meet Preesha in Shimla.

After contemplation, Rudra tells Saaransh that they need to recreate a memory in front of Preesha so she remembers them.

On the other hand, Preesha and Armaan reach Shimla safely.

Preesha asks if Armaan has booked two rooms or not but he says he has only booked one.

When Preesha gets uncomfortable, Armaan says he is joking and he has booked two rooms like always since Preesha is his wife and does not want to make her feel uncomfortable.

However, Armaan’s real intention is to get intimate with Preesha so she does not even think about Rudra.

Meanwhile, Rudra asks Vanshika to find out which resort Preesha and Armaan are staying at.

Going to Pihu’s house with Vidyut and Krish as Pest Controllers, Vanshika keeps her ear alert when Kanchan asks Pihu which resort is Preesha and Armaan staying at.

© Copyright tellybest.com, 2020, 2021. All Rights Reserved. Unauthorized use and/or duplication of any material from tellybest.com without written permission is strictly prohibited.
Cached Saved on: Sunday 2nd of October 2022 10:53:34 AMCached Disp on: Thursday 6th of October 2022 04:50:03 PM