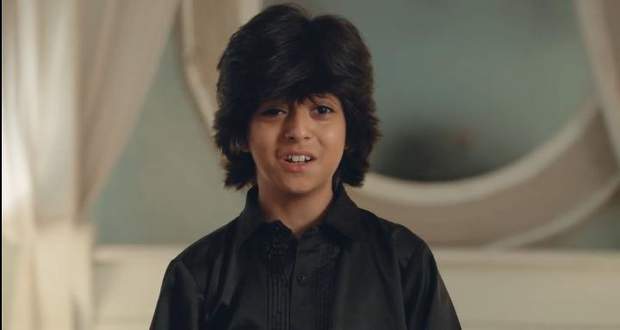 However, Rudraksh shifts backward and tells Preesha that he will never forgive her, even if she dies.

The next morning, Revati berates the police officer for not being able to locate Dev while Rakesh tells her that Dev must have escaped after learning about her knowing his truth.

Alia tells Revati that they should question Vicky after which they all go to the school.

At the school, Revati questions Vicky and he informs them that Dev was planning to come to the school to stop Preesha from showing her the recording of his confession.

The principal tells them that he can get the footage for them and calls the security company for the footage.

The footage arrives and they check it when Preesha and Rudraksh come there and act oblivious to what they are doing.

Dev is not seen in the footage while the flashback shows Saaransh overhearing the principal calling the security company and informing Rudraksh about it.

Further, Rudraksh bribes the security to modify the footage so that Dev can not be seen anywhere.

Back in the present, Revati orders the police to put up flyers for Dev and find him anyhow and leave with them.

Later, Preesha tells Rudraksh that they should find Dev's phone.

The couple goes to the terrace and looks for Dev's phone but fails to find it after which they go to the place where Dev fell and search that place too.

However, they don't find the phone there and Preesha concludes that the phone must be with Dev's body.

They return home and find the phone from Dev's body.

They send a message to Revati from his phone that he is in Goa and will inform her once he returns.

Meanwhile, at Revati's house, Revati sees the message and gets angry while Rakesh tells the police to leave and calms her.

At the Khurana mansion, Sharda gets suspicious of Preesha when she asks Preesha for the key to the refrigerator but doesn't get it.

Meanwhile, Alia calls Saaransh and informs him that Dev is in Goa.