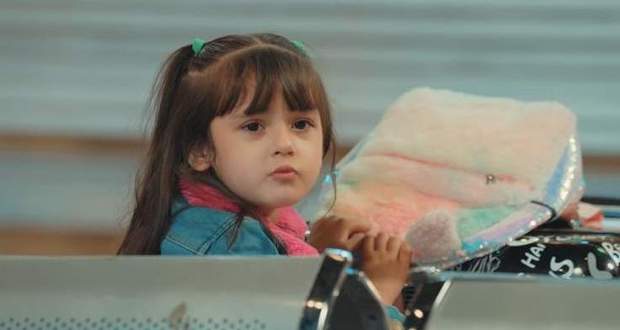 Rudra is agitated and asks Bunty to grab a couple of drinks for him.

At the same time, Roohi erupts in a riot of laughter and surprises both Rudra and Bunty.

Rudra is flabbergasted to see Roohi and takes her on his lap.

Meanwhile back in Rohtak, Preesha is alone, crying in her room.

However, she takes notice of the time and realizes that Roohi hasn’t reached home yet.

Preesha goes to Roohi’s school and asks her teacher about Roohi but in vain.

Yuvraj gets to know about this and asks Sachi to tell him about Roohi’s whereabouts.

Sachi does not know exactly where Roohi is but lets Yuvraj know that she was talking about Rudra.

Rudra receives the call and lets Roohi talk with Sachi.

Yuvraj carries this information to Preesha and tries to lie that Rudra kidnapped Roohi to take revenge on Preesha.

Will Yuvraj be successful in creating a permanent rift between Preesha and Rudra?