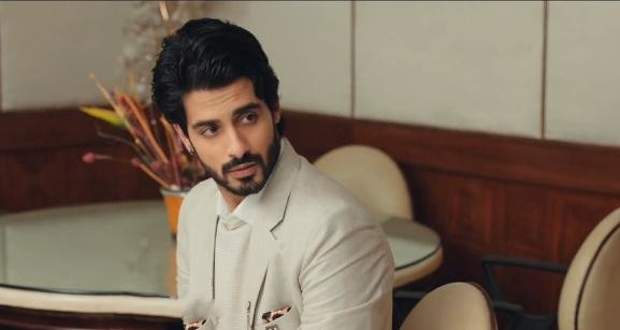 Today's Yeh Hai Chahatein 27th June 2022 episode starts with a stranger attacking Pihu out of nowhere as she walks on the streets with her phone in her hand.

In an attempt to steal her phone, the stranger grabs her neck, forcing her to struggle in breathing but Vidyut comes in time to save Pihu.

Pihu coughs after Vidyut beats the man and snatches Pihu’s phone from him.

After Pihu whispers a soft thank you, Vidyut offers to drop Pihu home and also tells her that Pihu should be careful as Delhi is not Mumbai.

However, Pihu declines Vidyut’s offer and he leaves, huffing and saying "I don’t care".

On the other hand, Roohi eats ice cream along with Sharda and Rudra watches both of them secretly.

Joining Rudra at a table far away from Roohi’s, Vanshika asks Rudra why has he turned from a rockstar to a spy.

He tells Vanshika that Roohi’s behaviour regarding Cupola Hotel is suspicious and he wants to see why Roohi wanted to be here.

Meanwhile, Roohi sees Preesha and makes an excuse of going to a washroom so she can follow Preesha who is walking outside with Pihu.

Rudra decides to follow Roohi but gets bombarded by his fans asking for a selfie.

However, Rudra sees Armaan and immediately recognizes his involvement in Preesha’s missing.

On the other hand, to stop Preesha, Roohi calls her name, saying "Mumma", and opens her arms.

Preesha turns around but ignores Roohi as Roohi waits for a hug.

She gets upset when Preesha goes without saying anything and Rudra and Sharda scold Roohi for going outside alone.

Meanwhile, Rudra also asks the hotel receptionist in what room Armaan is staying, pretending to be his best friend.

However, Armaan had already instructed the hotel receptionist not to give out his details to anyone.

At home, Vanshika tells Rudra he has a party to attend because socializing would be good to boost his already successful career but Rudra scolds Vanshika, saying he doesn't like to mingle with anyone.

Vanshika tells Sharda that Rudra's directness may be harsh but at least he is honest.

However, Sharda knows the real Rudra who was always happy with Preesha by his side.

© Copyright tellybest.com, 2020, 2021. All Rights Reserved. Unauthorized use and/or duplication of any material from tellybest.com without written permission is strictly prohibited.
Cached Saved on: Sunday 2nd of October 2022 07:17:06 AMCached Disp on: Thursday 6th of October 2022 04:33:23 PM