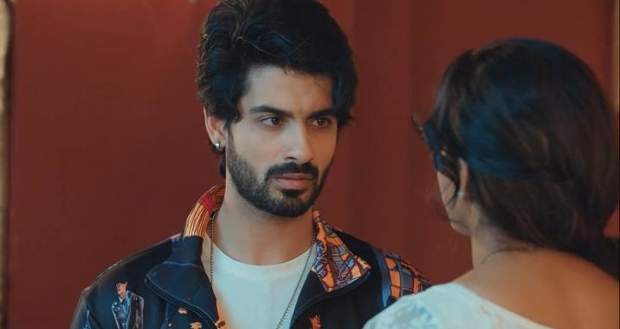 Today's Yeh Hai Chahatein 28th April 2022 episode starts with Alia calling Saaransh and informing him that Dev is in Goa while Saaransh listens to her in confusion.

Rudraksh gets tensed hearing that Revati is looking for Dev and informs Saaransh that he was the one who had messaged Revati from Dev's phone.

Rudraksh tells Preesha that they will host a party and the next day, Roohi tells all her friends to come to the party.

Roohi sees Alia and also invites her to the party along with Revati who eventually agrees.

Later, Rudraksh and Preesha get ready for the party while he thinks that she looks pretty in her red saree.

However, when Preesha asks him how she looks, Rudraksh tells her that his favorite color has changed and changes his jacket to not match her.

Elsewhere, Alia is getting ready for the party while Revati says that she isn't feeling like going which upsets Alia.

However, Rakesh tells Revati that they should focus on Alia after seeing Dev's behavior and convinces Revati to go with Alia to the party.

Later, Roohi greets her friends when Alia comes there and informs her that Revati is parking the car in the parking lot.

Rudraksh and Preesha get tensed hoping that Roohi doesn't tell Revati anything about Dev.

They greet Revati and Rudraksh leaves to check on Dev's body.

Rudraksh is checking Dev's body when a servant comes there and tells him that he is there to get ice cubes.

Rudraksh gives him the ice and leaves after locking the freezer.

Back at the party, Revati tells Preesha that she is doubtful about Dev going to Goa because Dev hates going to Goa.

However, Preesha tries to convince Revati saying that Dev might have gone to Goa to escape from her and not to enjoy.

Preesha takes Rudraksh to their room and informs him about her conversation with Revati.

Meanwhile, Revati is talking to Saaransh and Alia when Roohi comes there and tells her that she should scold Dev even more as he tried to kill her.