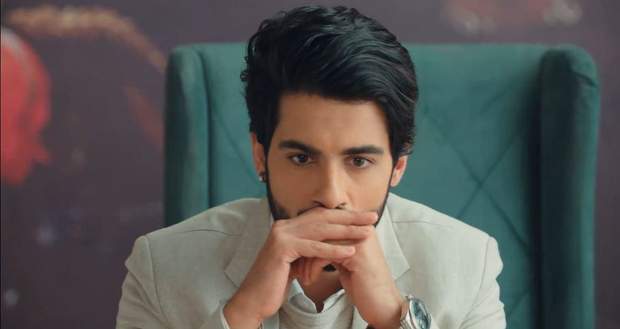 Today's Yeh Hai Chahatein 28th June 2022 episode starts with Pihu telling Preesha about being attacked in the parking lot and Vidhyut helping her on time.

Preesha worries and tells Pihu that she should not go to college alone.

However, Pihu tells her not to worry and forget about the incident.

Later, Preesha confides in Pihu about feeling a connection to Roohi.

Meanwhile, Roohi comes to Saransh telling him that Preesha did not recognise her at the hospital.

Roohi also tells him that Rudra has forbidden them from going to the hotel.

Saransh thinks of meeting Preesha somewhere else while Roohi recalls hearing about Preesha going to the party. They both decide to go there to meet Preesha.

Meanwhile, Rudra is meeting with the private investigator to ask about the development of Preesha’s case.

Rudra tells him that Armaan is in Delhi and suspects that he is behind Preehsa’s disappearance.

The private investigator assures Rudra that he will find out everything about Armaan and will get back to him.

On the other hand, Armaan tells Chachaji about Rudra coming to the hotel.

Both of them get worried knowing Rudra will definitely come after them.

Armaan plans to take Preesha back to Mumbai before Rudra gets a hold of him.

After a while, Preesha, Pihu and Chachi Ji come back from shopping.

Armaan tells Preesha that they will be going back tomorrow as a business is suffering.

Preesha refuses to leave Pihu behind telling him that she was attacked today and it is not safe for her to live alone.

Armaan is frustrated at Preesha’s stubbornness.

Meanwhile, Rudra meets with the private investigator who tells him about Armaan going to the Oberoi’s party.

Rudra decides to go to the party and find Armaan there and through him Preesha.

In the meantime, Saransh and Roohi are making plans for tomorrow and are excited about meeting Preesha.

In the meantime, Armaan looks at sleeping Preesha and pledges to take her away from Armaan after tomorrow's party.

Later, Roohi is unable to sleep and goes to the kitchen to eat ice cream and finds Rudra also doing the same.

On being asked, why could she not sleep tonight Roohi lies to him about some school test.

© Copyright tellybest.com, 2022, 2023. All Rights Reserved. Unauthorized use and/or duplication of any material from tellybest.com without written permission is strictly prohibited.
Cached Saved on: Tuesday 22nd of November 2022 07:40:29 PMCached Disp on: Thursday 8th of December 2022 02:45:50 AM