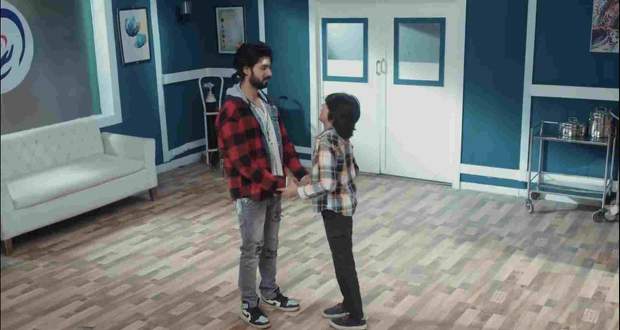 Today's Yeh Hai Chahatein 2nd March 2022 episode starts with Preesha fainting in Rudra’s arms and Rudra carrying her inside to be examined.

Afterwards, he rushes to give blood to Roohi.

While at the house, Saransh is packing and complaining to Sharda for not telling him about Preesha.

However, Sharda expresses her distress at Preesha’s indifferent behaviour towards them and also tries to shield Saransh from being hurt.

Saransh remains unreasonable and feels hurt at such secrecy.

Later, Sharda also rushes to the hospital when Saransh tells her about Preesha being unwell.

At the hospital, Rudra feels thankful for getting his wish granted in the form of Roohi being his daughter.

In Preesha’s room, Yuvraj scolds Preesha for telling Rudra his truth. However, Preesha pays no heed to Yuvraj and ask him to leave.

At the police station, Bunty finds out about Bubbles and regrets his behaviour for trying to kill Preesha and Roohi.

Rudra finds Sharda and Saransh waiting outside ICU. Before he could answer Sharda about his reason to give blood to Roohi, the nurse informs him of Roohi regaining consciousness.

After a while, Preesha comes to Roohi’s room while Roohi is quizzing Rudra about hiding something.

Later, Preesha is about to tell Roohi of Rudra being her father when Saransh enters and hugs Preesha tightly.

Preesha and Saransh's reunion gets interrupted by the nurse informing them about Bunty.

In the hospital corridor, Bunty apologises to Rudra and Preesha for losing all reason and begs for their forgiveness.