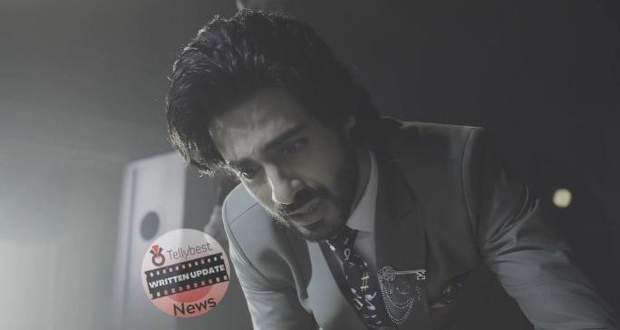 Today's Yeh Hai Chahatein 30th August 2022 episode starts with the doctor telling Raj to rest and informing Rudra that when the reports arrive, they will know the reason why Raj lost his voice.

After the doctor leaves, Vidyut does not hesitate to pinpoint Pihu and Kanchan after Rudra asks Raj what did he eat or drink before the competition.

Vidyut says Raj drank green tea given to him by Kanchan and says Pihu’s family is disgusting.

Already feeling bad for Raj, Pihu asks Vidyut to take the blame back but Vidyut says Kanchan did this so Rudra’s reputation could be ruined since Raj is his pupil.

Armaan does not hesitate to grab Vidyut’s collar and show him his place but Preesha breaks the fight between them.

Pihu keeps staring at Raj and leaves with Preesha shortly.

Meanwhile, Vidyut smiles to himself and remembers how he mixed red powder in Raj’s green tea when no one was around.

Vidyut says now that his revenge is done, Raj wouldn’t think of crossing Vidyut ever again.

At Khurana House, Sharda gets excited and asks Raj if he won or not.

Rudra and Vidyut tell Raj is not feeling well and will inform her later what happened today.

On the other hand, Kanchan asks Preesha to believe her, saying she can never do such a thing.

After a while, a worried Kanchan walks into her garden and finds the Orchid plant that she gave to Prem to plant during the daytime almost dried and dead.

Kanchan huffs in anger and stomps toward Prem’s room, asking Ruhi and Saaransh where the old man is.

Preesha enters the room after hearing Kanchan shouting and asking what happened.

Ruhi makes an excuse saying Prem is not here since he is out to get manure while Kanchan angrily states she will beat him with a stick once he comes back.

Using a bathroom excuse, Ruhi calls Rudra and lets him know about the situation at Thakur House.

Vidyut is driving Rudra while he changes in the backseat.

However, to fix the rear-view glass, Vidyut opens his window, and Rudra’s two white eyebrows blow off with the wind.

Vidyut tells Rudra something is missing and Rudra says it is his mole and the eyebrows.

The mole is on the dashboard but the eyebrows are gone.

Rudra hurriedly calls Vanshika and asks her to pick two new brows from MK but Vanshika says, MK is out of town.

© Copyright tellybest.com, 2020, 2021. All Rights Reserved. Unauthorized use and/or duplication of any material from tellybest.com without written permission is strictly prohibited.
Cached Saved on: Saturday 1st of October 2022 10:48:26 PM