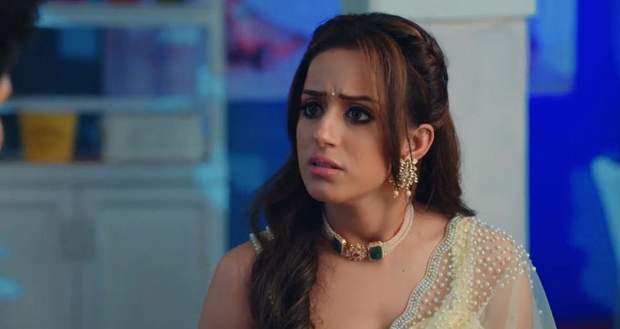 Today's Yeh Hai Chahatein 30th July 2022 episode starts with Dijvijay asking Saaransh why they are at the same place where they came for a vacation.

Armaan and Rudra get into an argument but are shocked to see Ruhi.

Ruhi and Shardha say that they wanted to give a surprise to Rudraksh and warn Armaan to behave respectfully.

She takes a stand for Rudra and gets emotional to see Preesha and requests her to trust Rudra as he would not do anything wrong to her intentionally.

Rudra remembers the doctor's opinion and stops Shardha. Armaan warns the Khurana’s and tells them to maintain distance from Preesha.

Rudra is sad and Ruhi tries to cheer him up and also tells him that she has forgiven both Rudra and Saaransh.

Meanwhile, Saaransh tells Sharda that Rudra was feeling dizzy after he drank the coffee. And realizes someone spiked his drink and it could be nobody except Armaan.

The Khurana’s decide to prove themselves innocent and let Preesha know all the truth.

Furthermore, Preesha is confused that how she reached Rudra’s room and asks Armaan about it.

Preesha is unable to recall spending time with Rudra and Armaan makes a story and tells her that Rudra might have intoxicated her.

Armaan manipulates Preesha and tells how he has always treated her.

Preesha tells him that she wants to register a police complaint against Rudra but he refuses her.

Armaan tells her the only solution to all this is to leave Delhi.

However, she refuses and tells him it’s not how you deal with problems.

Armaan is worried about himself when Preesha doesn’t listen to him.

Later, the police come to arrest Rudra in the name of misbehaving with Preesha.

Preesha informs the Khurana’s that she is the one who filed a complaint against him.

Rudra blames Armaan but Preesha defends him and warns Rudra to stay away from her husband.

Before the police take Rudra, his blood test reports arrive which says he was intoxicated.

He tells everyone that via a drug test everything will be crystal clear.

Saaransh defends Rudra and tells them how weak he was last night.

Rudra tells how all this is a plan set by someone to separate them.

The police inspector warns Armaan and tells everyone that Rudra is innocent.

While the Thakur’s were leaving, Ruhi calls Preesha ‘Mumma’ leaving her surprised.