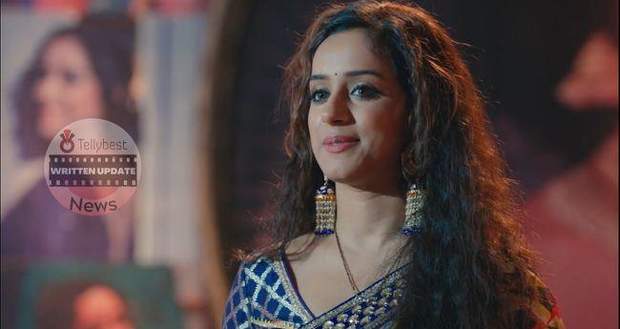 Today's Yeh Hai Chahatein 31st October 2022 episode starts with Rudra telling Sharda that after he got healed, he quickly came to Khurana House to meet his family.

However, once he came, he saw Preesha and Arman getting out of the car, newly married.

Rudra's heart broke and he tells Sharda about this, stating after seeing this, he did not have the strength to continue his life and needed some time.

Meanwhile, a confused Sharda asks him about his relationship with Pihu and he says she and him got close due to pain.

She was suffering after Vidyut's death while he was reeling from the heartbreak given to him by Preesha.

Sharda internally realises that Rudra is lying and there must be some reason for him to get married to Pihu.

After Sharda leaves to fetch food for Rudra, a flashback is seen where Rudra is walking in the streets, heartbroken & sees Pihu who comes in front of a racing car.

Rudra saves her and screams at her for not caring about her life.

Pihu gets confused at first and later reveals she doesn't want to live since Vidyut is no more.

She narrates the whole ordeal Vidyut had to go through, and blames Preesha for it since she didn't listen to his pleadings when he was innocent.

Rudra's world crumbles as Pihu further reveals that she is pregnant with Vidyut's child but cannot go back like this to her parents.

Later, they both go to the police to check whether someone came to meet Armaan or not.

When Rudra sees Preesha's signature, he suddenly remembers how Preesha lied to him about going to a parlour on their wedding day.

Pihu then tells Rudra what if Preesha & Armaan already had the plan to do this from the very beginning.

However, Rudra tells Pihu Preesha is not money hungry but Pihu says every piece of evidence is against her right now.

Later, Rudra decides to get married to Pihu as she is carrying Vidyut's last remembrance and a baby of the Khurana Family.

Pihu asks Rudra if he is doing this to make Preesha jealous and he says yes along with wanting to provide everything for Vidyut's baby as an elder brother.

The flashback ends and Rudra is staring out of the window, deciding to question Preesha about why she is with Arman.

© Copyright tellybest.com, 2022, 2023. All Rights Reserved. Unauthorized use and/or duplication of any material from tellybest.com without written permission is strictly prohibited.
Cached Saved on: Monday 21st of November 2022 06:17:50 AMCached Disp on: Tuesday 29th of November 2022 12:25:32 AM