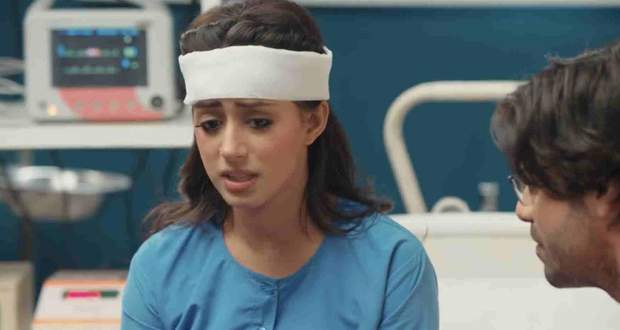 Today's Yeh Hai Chahatein 4th March 2022 episode starts with Preesha meeting Saaransh in jail and apologizing to him for not telling them about Roohi and herself.

Saransh tells her that nothing matters to him except that she is his mother and he will do everything in his power to bring Preesha out of jail even if he has to fight Rudra over it.

At the hospital, Rudra tries to justify his actions to Roohi but Roohi remains angry and did not listen to him.

Asking Rudra to leave, Saransh assures Roohi that he will look after her and get Preesha out soon.

The next morning, unable to find Roohi in her room, Rudra worriedly asks the nurse, who tells him about Roohi’s discharge and leaving with Saransh.

At the police station, Preesha meets inspector Handa, who is shocked to see Preesha alive and enquires about her being in Jail.

Inspector offers DCP Rudra help in getting her out of the mess.

After a while, Rudra arrives at home and inform Sharda about not being able to find Saransh and Roohi.

Saransh arrives a while comes and declares about Roohi staying with them from now on.

Roohi rejects Rudra's advances and tells him to stay away from her and says that she is only here because of Saransh.