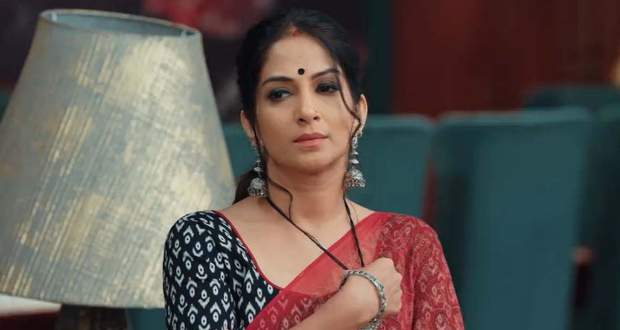 Today's Yeh Hai Chahatein 6th June 2022 episode starts with Preesha going to a cafe and asking the worker if there's any table booked in her name.

Revati wonders why Preesha has come to the cafe and follows her.

Inside the cafe, Armaan tells Preesha that he's dying and convinces her to listen to him first.

Meanwhile, GPS makes the goons leave after which he decides to call Preesha.

However, he heard footsteps and goes back to his position.

Back at the cafe, Armaan apologizes to Preesha by holding her hand and convincing her to take care of Anvi.

Revati clicks their picture and gives it to one of the constables to get information on Armaan.

Preesha agrees to take care of Anvi after his demise and leaves for home.

Later, Preesha enters and is about to make Roohi take a bath when she suddenly starts having cramps.

She shouts for help while Rudraksh gets worried and goes inside the bathroom asking her if everything is okay.

She tells him that she is having cramps and that it is normal during pregnancy after which Rudraksh takes her to bed.

Rudraksh asks her if they should call the police and Preesha refuses that she'll be fine.

Rudraksh brings a hot water pouch for Preesha's cramps and gives it to her while Roohi challenges him to bathe her himself and get her ready for school.

Roohi gives a peck to Rudraksh and leaves for school while he goes to lat beside Preesha and flirts.

Just then, Revati comes there and requests Rudraksh to do the concert she had planned for the police force as the singer she had hired bailed out on her.

Rudraksh agrees and goes with Revati for the sound check while thinking that she won't Preesha informs Rudraksh about Armaan's visit.

Flashback show, Revati learning about Preesha and Armaan's past amd planning fo use it against Preesha.

Meanwhile, the goon hears the phone ringing and searches around but doesn't find anything after which they inform Revati about it.