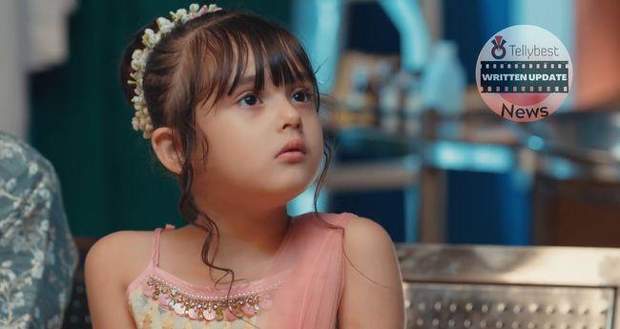 Today's Yeh Hai Chahatein 6th October 2022 episode starts with Gopal feeling upset thinking that Preesha is embarrassed with him being a salesman.

Meanwhile, Preesha is not able to bear it anymore and tells Armaan that she doesn't like the jewelry set and tells him to leave.

However, the manager requests them to give the shop one more chance and insults Gopal for not knowing how to please the customers.

Armaan also insults Gopal and puts some money on the table telling him that it seems like he hasn't eaten in a few days.

Preesha also acts and tells Armaan he is a nice man who thinks of everyone.

Elsewhere at the college, some students are bad-mouthing Raj and insulting him for refusing to do the fundraiser.

Pihu hears them and is about to teach them a lesson when Vidyut comes there and beats them up while standing up for Raj.

Pihu recalls Vidyut telling her that he is a nice guy and wonders if she should trust him or not.

Back at the jewelry shop, Preesha thinks to buy the most expensive set while Aarman puts one of the expensive sets and puts them in Gopal's pockets.

The manager realizes that the set is missing and Armaan tells him to check Gopal.

The manager finds the set in his pocket and insults him while stating that they will call the police.

However, Rudra comes there at the right time and saves Gopal while telling the manager to check the CCTV camera footage.

Armaan gets worried while Preesha wonders how Rudra knew about the situation.

Flashback shows, Roohi and Saaransh going after Preesha to make sure that she is okay and calling Rudra after seeing the accusation on Gopal.

Back in the present, Rudraksh does his drama and asks Preesha why she didn't stop her father from being humiliated while she states that she doesn't remember.

Further, Rudra turns to Armaan and asks him how he can humiliate GPS knowing that he is Preesha's father.

Preesha starts arguing with Armaan and tells him that she did not expect this of him and goes to hug GPS while Armaan tries to justify himself.

© Copyright tellybest.com, 2022, 2023. All Rights Reserved. Unauthorized use and/or duplication of any material from tellybest.com without written permission is strictly prohibited.
Cached Saved on: Monday 21st of November 2022 06:04:01 AMCached Disp on: Wednesday 7th of December 2022 02:39:20 PM