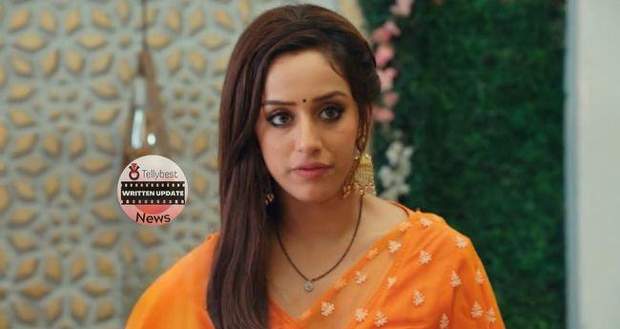 Today's Yeh Hai Chahatein 7th September 2022 episode starts with Prem Ji AKA Rudra telling Preesha she must be a doctor to make the goat’s delivery so easy.

Preesha tells Prem Ji she is no doctor but Prem Ji insists she must be.

However, Digvijay says Preesha must have seen how to deliver a baby goat video on Youtube somewhere.

Whereas, Arman inwardly says he must increase the dosage of medicine for Preesha.

Saaransh, Ruhi, Rudra, and Vanshika, all give each other a high five and celebrate the success of their plan while Rudra gets a message from Raj to come to Khurana House.

Meanwhile, a frazzled Pihu meets Rudra and tells him that his family has a backstabber living amongst them.

Rudra gets confused and asks Pihu straightforwardly who she is talking about.

Pihu takes Vidyut’s name and tells Rudra it is Vidyut who mixed medicines in Raj’s tea on the singing competition day.

Pihu also reveals to Rudra that Vidyut did good acting, trying to be friends with both Raj and her.

However, Vidyut snaps and screams at Pihu, saying if he is listening to her, it doesn’t mean she keeps on speaking nonsense.

Rudra asks Pihu for proof and she pulls out the Pendrive.

The Pendrive shows a clip of Arman mixing medicine in a drink, rather than Vidyut.

Pihu cannot believe her eyes, and neither can the Khuranas.

Vidyut smirks and a flashback is shown where Vidyut arrived at the footage room and saw Pihu retrieving the clip in the Pendrive.

He quickly threatened the staff and asked him to make Pihu wait while he exchanges the actual clip.

The staff member obliges Vidyut’s orders while he got the clip photoshopped with a help of his friend.

Pihu looks aghast and walks toward Raj saying he must believe her.

However, Raj tells Pihu it is enough that his career was about to be over.

Sharda tries to console a frazzled Pihu but she looks at Rudra, hoping for support.

Rudra is angry himself after he sees Armaan in the clip and tells Pihu he is going to the police station to file a complaint against Armaan.

© Copyright tellybest.com, 2020, 2021. All Rights Reserved. Unauthorized use and/or duplication of any material from tellybest.com without written permission is strictly prohibited.
Cached Saved on: Saturday 1st of October 2022 09:39:56 PMCached Disp on: Wednesday 5th of October 2022 06:19:45 PM