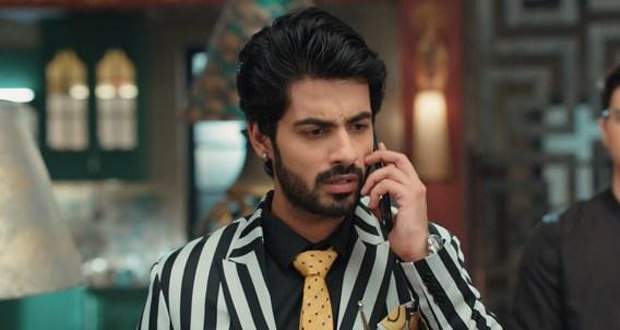 Today's Yeh Hai Chahatein 8th July 2022 episode starts with Armaan telling Saaransh and Roohi that Preesha has lost her memory and does not remember any of them.

Armaan also reveals that Preesha has panic attacks when she hears Rudra’s name or anything related to him.

Roohi and Saaransh refuse to believe in Armaan’s words and say that he is lying to them.

Without wasting further time, Saaransh tells Armaan that they are taking Preesha back with them as they will take care of her health.

Armaan stops them from leaving and tells them that he will show an example of Preesha’s reaction to them although he does not want to.

With Saaransh and Roohi, Armaan comes into Preesha’s room and acts as if he is leaving to take the kids to their home.

Preesha asks the kids if they had a talk with their mother to which Roohi replies that her mother is standing in front of her.

Distracting Preesha, Armaan plays one of Rudra’s songs to show the kids how Preesha reacts.

Preesha begins to get agitated while her whole body starts to shiver with seizures taking over.

Pihu comes in and asks Armaan why Preesha is in such a condition.

Armaan replies that he mistakenly played Rudra’s song and rushes out to bring medicines.

Seeing Preesha in pain, Roohi comes to her and cups Preesha’s face in her hands while telling her that she will be okay.

Surprisingly, Roohi’s words work as magic and Preesha begins to regain her senses from the seizure.

Armaan mixes some powder in the water and makes Preesha drink it.

After Preesha settles down, Armaan takes Saaransh and Roohi and makes them believe that Rudra’s name makes Preesha go mad.

Saaransh and Roohi reluctantly agree to keep the matter of Preesha a secret from Rudra.

Meanwhile, Rudra and Vanshika reach Armaan’s house and rush toward the kids after spotting them with Armaan.

While Rudra asks Saaransh and Roohi why they came there, Preesha finds Roohi’s bracelet and decides to give it back.

However, Armaan’s uncle stops Preesha from going outside and gives Pihu the bracelet.

Rudra decides to discuss things further in their home as he is sure the kids are lying and hiding something.

After Pihu gives Roohi her bracelet back, Rudra and Vanshika leave with the kids.

Armaan asks Pihu to convince Preesha to move to Mumbai with him as he cannot risk his plan.

Later, Saaransh stops Roohi from telling Rudra about Preesha as he thinks that Rudra is responsible for her condition.

Rudra hears a bit of their conversation and asks Saaransh what he is asking Roohi to hide from him.

© Copyright tellybest.com, 2022, 2023. All Rights Reserved. Unauthorized use and/or duplication of any material from tellybest.com without written permission is strictly prohibited.
Cached Saved on: Wednesday 25th of January 2023 11:19:58 AMCached Disp on: Sunday 5th of February 2023 01:11:20 PM