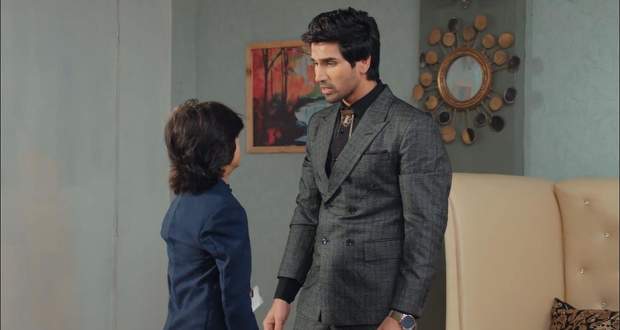 Today's Yeh Hai Chahatein 9th July 2022 episode starts with Rudra asking Roohi what she is hiding from him at Saaransh’s request.

Seeing Rudra pressuring Roohi to spill the truth, Saaransh separates Roohi from Rudra and asks him to stay away from them.

Saaransh says that Rudra cannot force them as he is his father only in papers and not in reality.

Without stopping, Saaransh says that he is the heir of that house and property and does not want to live with Rudra after Preesha has left.

Rudra stands shocked at Saaransh’s words and feels hurt about being misunderstood.

Meanwhile, Armaan prepares the medicines for Preesha and asks her to take them so that she can go to sleep.

However, Preesha says that she will eat the medicines later as she is feeling restless for some reason.

Preesha decides to go out by herself after Armaan denies taking her out.

On her way, she constantly thinks about Roohi and feels a familiar feeling in her heart.

On the other hand, Rudra misses Preesha and wishes that she will come back to him as her absence is crumbling his life gradually.

Distressed by the current situation, both Preesha and Rudra end up in the same temple to pray and find some peace.

However, Rudra does not spot Preesha when she asks God what her relationship with Roohi is.

On their way to exit the temple, Rudra and Preesha almost come face to face but Armaan stops that from happening.

Rudra leaves while Armaan comes in front of Preesha who gets angry to see him there.

Preesha makes it clear that she is not his servant who has to do everything according to his will.

After coming back home, Pihu requests Preesha to go back to Mumbai with Armaan as her health is threatened here because of Rudra.

Preesha agrees to return but says that she will leave after she watches Pihu’s play the next day.

Elsewhere, Vidyut asks everyone to come to his play including Rudra, Roohi, and Saaransh.