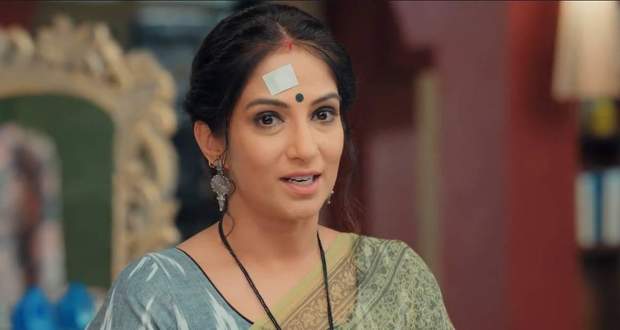 Today's Yeh Hai Chahatein 9th June 2022 episode starts with Rudra telling Revthi that Preesha and he trust each other a lot.

However, Revthi decides to trouble Preesha by pressing her most sensitive nerve; GPS.

On the other hand, GPS is still locked in a room as he dials a random number.

The number gets dialled to someone named Rahul who hears GPS’s sad voice.

GPS tells him to not cut the call.

Rahul notes down Preesha’s number as GPS tells Rahul it is a life and death situation for him.

Rahul calls on Preesha’s number and tells her that Revthi has locked Gopal near a flat in Vasant Vihar.

Preesha gets so tensed that she asks Rahul to tell her whole family how he got the call from GPS so Revthi can be exposed.

Preesha bangs the lock on the bungalow door in Vasant Vihar as Revthi tells her it won’t be good for her baby.

Preesha tells Revthi to shut up and stop her nonsense as she instructs Revthi to open the door immediately.

Preesha loudly calls for GPS, her Appa, but there is no response.

Rudra gets angry at Preesha as he asks her to stop her drama.

Back at Khurana House, an angry Preesha calls Rahul to tell everyone how he got Gopal’s phone call.

However, Rahul changes his colours and lies that Gopal and Rahul’s father are hanging out together.

He even video calls Gopal as Gopal tells Preesha that he is alright with a smiling face.